Did you know you can use honey as medicine? If I had to choose only one medicine I could have in stock, I think it would be honey. These days, specialty wound-care centers might agree.

Honey has become a staple for those hard-to-heal wounds, such as diabetic leg ulcers, burns, even wounds with gangrene. It kills bacteria resistant to other antibiotics and actually heals tissue, nursing the skin back to health. Not only that, but it can decrease the pain. But here's the catch. Some types of honey work better than others. Before we get into that, let's go over the basics, like …

Honey has been shown to speed up the growth of various body tissues. It helps form new blood vessels, collagen, and the epithelial cells that cover the underlying tissue. The way it does this is:

Some studies have suggested honey even decreases scarring.

Some Concerns About Using Honey

Even with all its antibacterial properties, honey can contain a few bacteria. Although some can cause bad skin infections, I can't find a study where any have. Still, physicians worry because it's possible. We do know babies have died ingesting honey that contained a few botulism spores. This is thought to be due to their still developing digestive system. To my knowledge, no one over 12 months old has ever even gotten sick from these sparse spores. Okay, now for the finale.

Some Types of Honey Fight Bacteria Better Than Others

Even though all types of honey are acidic and dehydrate bacteria, and most types create hydrogen peroxide in varying quantities, not all contain those other antibacterial chemicals we're just now discovering.

Medihoney is Manuka honey that's been zapped clean of bacteria (including botulism). The zapping may kill the peroxide-creating enzymes but apparently doesn't harm the antibacterial chemicals. It's the honey the wound-care centers use. I hoped to find a study comparing the antibacterial potencies of various U.S. honeys but could only find studies on honeys made abroad.

Honey as Medicine – Which Honey Should You Stock for Medicinal Use?

Important caution: Never try to treat a bad wound by yourself when you can get medical help. For one thing, even with honey, it could turn into a very serious limb- or life-threatening infection.

How to Use Honey on Wounds

After cleaning the wound, put honey on one side of gauze or a clean cloth, and lay it onto the wound. Or pour a thin film of honey directly onto the wound and put the gauze over that. Either way, seal the honey in with surgical or duct tape on the edges of the bandage. Clean and repeat twice a day. If supplies are scarce and the dressing stays clean, you could cut that back to once a day or even a bit longer. Have you ever used honey for a skin infection? What type? Do you have some stored just in case?

A friend of mine cut the end of her thumb off with a machete. She was keeping it covered in honey. I thought I was gonna have to force her to go to get antibiotics when it got infected. About a week later she came to my house and her thumb was COMPLETELY healed!!! I was shocked! I will never doubt the magical medicinal uses of honey again.

Is Manuka Honey Safe to Use on Pets?

Update by Laurie:  Several people have asked whether it is safe to use manuka honey on pets. The answer is “yes”. You can read more about treating pets with honey at “Using Manuka Honey for Dogs, Horses, and other Animals“

Make Sure Your Honey is Real

Much of the honey on US store shelves is imported from China, and may be contaminated with heavy metals and illegal antibiotics. Look for products from local apiaries and other trusted brands.

This is a guest post by by James Hubbard, M.D., M.P.H. Dr. Hubbard teaches down-to-earth, improvisational survival medicine for disasters. He's been a family physician for over over 30 years.

Disclaimer: This post is for general information only and not meant to be your only source of information on the topic. Use at your own risk. Please consult your health-care provider for personal advice.

Sore throat remedies don’t have to come from the drugstore – relief may be right in your pantry. We’ll share some of our best home remedies for sore throat, plus tips on what to eat and drink. Note: If your sore throat pain is related to digestive upset, please see “10 Home Remedies for Acid… 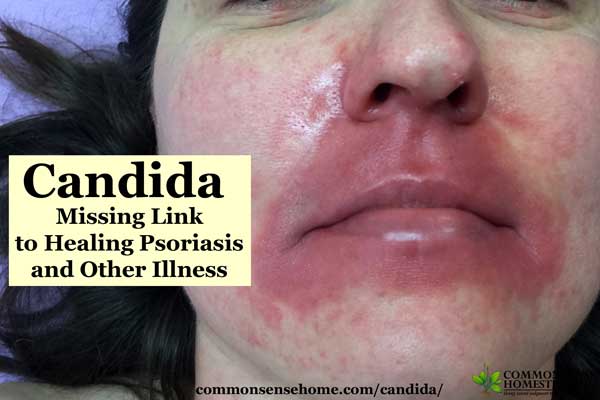 Candida – I didn’t really know much about it, other than that it could cause yeast infections in your tucks and folds and private areas. I had no idea that it would change my life forever – and may be affecting a lot of other people who knew as little as I used to know….

I read “Back in Control – A Surgeon’s Roadmap Out of Chronic Pain” because chronic pain is a challenge for many of my readers. I’ve also personally dealt with a skin condition that made even simple things like breathing and smiling painful. Chronic pain affects your entire life. I didn’t understand until I lived through…

Learn why thyroid conditions are largely undiagnosed and how toxicity can impact the thyroid. Find out what you can do to start healing thyroid problems, shed pounds and become optimistic and energetic again. This is a guest post by Magdalena Wszelaki, nutrition coach and a thyroid expert. Could your thyroid be the cause of your…

You can learn to make your own homemade cough drops and avoid the toxic ingredients in the over the counter (OTC) medicines. Whether you’re raiding the pantry looking for relief or an experienced herbalist, you can make these easy, all-natural throat soothing cough lozenges in just a few minutes – without any special tools. It…