My eldest son and I are fans of pickled beets (and almost anything else pickled), so each year we turn some of our garden bounty into beet pickles. These make a great side dish (vinegar is good for digestion and helps fight acid reflux). If we have a good stockpile, sometimes we thinly slice some of the pickled beets and run them through the freeze dryer. The freeze dried beet chips make an interesting snack food. (And yes, these are gluten free, for anyone who is watching out for gluten.)

When I was growing up, I remember many afternoons of sitting on the porch steps with a canning kettle full of steaming beets, peeling off their slippery skins to get them ready for pickling. Although they been cooked, drained and covered in cold water, they could still hold a lot of heat, so tender fingers needed to toughen up in a hurry. (My boys still squawk about how hot I keep the dishwater. I think they need to peel more beets.)  Soon the canning shelves would be filled with jewel-like red jars. There was always a jar of pickled beets in the fridge on hand for meals, and for the holidays they'd be served up in a fancy crystal dish.

Mom always canned up a big mess of beets each year, but I rarely made pickled beets since no one in the house would eat them except me. Fast forward, and my eldest son has decided that he loved beets. Given that he's built like a linebacker, he can go through quite a few of them, so I figured it was time to dig out the pickling spice. Here's momma's recipe. It's similar to the Ball Blue Book “Beet Pickles”, but a little simpler on the spices.

How to Make Pickled Beets

Yields about 6 pints or 3 quarts

Sterilize jars, fill water bath canner, prep canning area and lids. I like to heat my lids in warm water, which was previously recommended by Jarden. With the current lids, they say that heating the lids is now optional. Never boil your lids prior to canning. This may lead to seal failure.

Here's my canning set up. I like to work from left to right. My canner sits on my highest power burner at front right. The lids stay warm on the back left burner. I keep the brine on the front left burner, and fill the jars to the left of the stove. Once processing is finished, I place the jars on a clean cloth on the counter to the right of the stove and allow them to rest overnight or until completely cooled.

While the beets are cooking, prep your pickling liquid so it has time for the spices to infuse. To make your pickling liquid, combine all ingredients except beets in a large sauce pot. Bring you vinegar water mixture to a boil; reduce heat. Simmer 15 minutes. Remove cinnamon stick.

Prep Your Beets for Pickling

Before canning your beet pickles, you need to cook the beets and remove the skins. You can do this by boiling or roasting. Mom always boiled hers, but once I roasted the beets instead of boiling and was hooked. We'll review both boiling and roasting and you can choose what works for you.

Before cooking, wash fresh beets and trim tops to about 1 inch.

To boil beets: Place beets in a large stockpot with water to cover. Bring to a boil, and cook until tender, about 15 minutes to half an hour depending on the size of the beets. If beets are large, cut them into quarters.

Here are the beets before and after boiling. Note the color change and how you can start to see the skin is starting to separate from the flesh of the beet. They should be tender enough to pierce with a folk.

To roast beets: Place cleaned beets into a large roasting pan. Cover with lid and bake in a 350°F oven for 1 to 2 hours. (Very large beets may take longer.) When ready, beets should be easy to penetrate with a fork.

To remove the skins: Drain boiled beets, remove roasted beets from oven and take off lid. Let cooked beets sit until cool enough to handle (or cover with cool water to speed up the process), then remove the skins. They should slip off easily, with just a little help from a paring knife on stubborn spots. Slice beets into evenly sized sections so they fit in the jars more easily.

Here are my beets, ready to go in jars. These are heirloom Chioggia beets, which when raw have red and white candy cane patterned stripes. After cooking, they look more golden/orange. With the addition of vinegar during canning, they turn pink. I found them a little more visually interesting than your typical red beets.

Jars ready to lower into the canner. I was a little short of my six pints with this harvest. It's fine to double the recipe if you have more beets to can.

Remove pickled beets from canner and place on towel on counter top to cool. Once cooled, remove the rings before storage and wipe any spills or drips. Label the jar lids with the date and contents and store in a cool, dark location. I use a sharpie marker and store mine in the canning pantry or upper shelves in the root cellar. The Chioggia beets turn from striped to pink after pickling, as shown in the photo below. The top and bottom photos in the post show quarts of red pickled beets.

If for whatever reason you don't want to process these in a canner, they can be refrigerator pickled. Simply place jars in the refrigerator instead of processing. Let them sit for a couple days before eating to allow the flavor time to sink into the beets. You may want to cut the batch in half to save on fridge space. Jars that are not processed in a canner cannot be safely stored at room temp.

I hope you've enjoyed this recipe and will consider giving pickled beets a try. Compared to over $8 per quart plus shipping for some brands of commercial pickled beets, making your own could yield some serious savings.

Sometimes we have the opportunity to glean farm fields for beets that were left behind by the harvesters. If you have beet growers in your area, you may want to watch for this, too. Here's a photo from a couple years ago where we filled the whole back of the van with beets.

Do you have family canning recipes or stories that you remember from your childhood? I'd love to hear about them.

Be sure to check out the  other Canning Recipes and Preserving Guides on the site, including:

Mom’s zucchini bread recipe was a summer staple when I was growing up. I’ve tried quite a few different recipes over the years, and this is still my favorite. The recipe is quick and easy, and you can use fresh or frozen zucchini, or yellow squash. It makes two loaves, so you enjoy one now…

My Dutch oven pot roast has to be our family favorite comfort food that is simple to make and full of flavor. It’s the perfect pot roast meal that you can count on to be delicious every time with our easy to follow recipe and instructions. 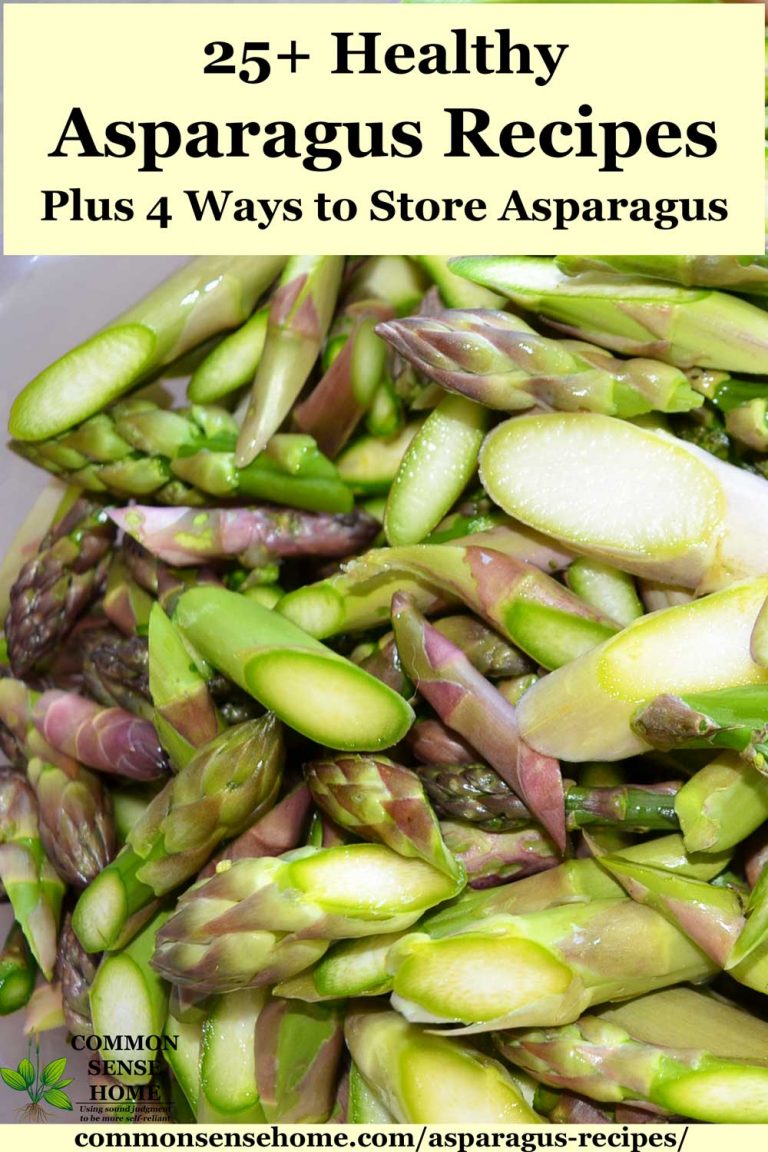 Spring asparagus is a wonderful blessing after a long winter. Those first tender stalks are absolutely delicious raw, straight out of the garden. If you have large home patch – or want to take advantage of the seasonal abundance in stores and farm markets – it’s great to have an assortment of asparagus recipes on…

These easy chocolate raspberry granola cookies are soft, chewy and delicious. They’re sweetened with honey and loaded with oatmeal, chocolate chips, fruit, nuts and other hearty ingredients. You just might be tempted to have these for breakfast instead of dessert, especially if you’re a granola lover.

When you’re stocking your own pantry or helping others in need, non perishable foods should be on your shopping list. These foods are great for emergencies when the power goes out, for camping, or simply for planning ahead. (Food prices almost always go up, not down.)

Confession – I never heard the term “schmaltz” until sometime during adulthood. Growing up on the farm, rendered poultry fat was prized for cooking and baking, but I didn’t realize it had a name other than chicken fat, duck fat, goose fat, etc. Thankfully, I’ve had a chance to rediscover this wonderful cooking oil, first,…