A snow fence acts as a barrier to slow the prevailing wind, causing drifting downwind of the fence – instead of in your driveway or walkway. It reduces your need for snow removal, and means less work for you during every snowstorm. You can also use the fence to collect snow to melt where you want it in spring, to fill a pond or watering hole.

When I was a little girl up in northwest Wisconsin, we had a lot of “Big Snow” winters. The snow started early and lasted all winter long. The country roads cut through massive snow banks that my friends and I would build tunnels through. (We always used the buddy system so someone was on the outside to watch for the plow or dig you out if needed.)

Something else I remember from winters past was grandma's snow fence. Grandma had a fairly long, thin driveway, and without the snow fence, I'm sure it would have been blown shut more often than not. When my brother bought grandma's place, he planted a tree line where the snow-fence had been. This now protects the driveway (even better than the fence).

We planted windbreak trees as soon as we moved here, but they'll take a while to grow. Like grandma, we have a long, narrow driveway. Unlike my brother, Rich, we can't plant trees parallel to it along the whole length, because part of the land upwind from it belongs to our neighbor.

See “Windbreaks – You'll be Amazed at What They Can Do” for video comparing our tree line and snow fence performance.

After spending many days during the winter of 2013-2014 stuck at home because the driveway drifted shut almost as soon as it was plowed (see the driveway in the post, ‘The Long Winter“), we decided to put up a snow fence. In this post I'll discuss why and how snow fence is used, so you can decide if you'd like to use it for your home.

What is a Snow Fence?

Anything that blocks the wind enough to cause the snow to pile away from the road or area you are trying to protect. This could be a slat wood snow fence, green plastic fence like the one in the photos, or a line of bushes or trees.

How Does a Snow Fence Work?

First off, remember that the goal of a snow fence is not to stop snow completely. Instead, it redirects where the snow drift forms.

A properly installed snow fence slows down the wind, causing a drift to pile up on the downwind side of the fence – instead of in your driveway or road. A snow fence can significantly reduce the need for plowing, and keep roadways safer by reducing blowing and drifting onto the road.

The snow blows with the wind. The fence creates a pressure differential that causes the air to drop the snow in the lower pressure just behind the fence. The exact spot where the snow will pile will vary with the height of the fence, how much air can get through the fence, the wind-speed and other factors.

You can see in the top photo of the post how a sizable drift had formed downwind of the fence last winter. The photo was taken in late winter after the snow had started to melt. Other areas had cleared, but the drift was still intact. In some areas, farmers purposely stack the drifts so they melt and flow into a water basin in spring.

Snow Fence should be installed upwind of the area that you want to keep clear. For instance, our winds come mostly out of the west and north. Our driveway runs mostly north to south, with a bend that angles southwest. We put the snow fence parallel to the driveway to the west and northwest along the path of the driveway.

Snow fence placement is critical. Too far and the effect will be lost. Too close and the snow will pile where you don't want it.

The roll of snow fence we bought at the local home improvement store said 60 feet.  We went with the wider distance the first year, since we had the room.

2022 Update: This year we're shifting to the 60 foot distance, based on previous year's drifts. We changed the snow fence placement based on results. Putting the fence a little closer may also offer more protection to the driveway to our neighbor's hunting shack, which runs parallel to our driveway, downwind. We are skipping the low wet area.

Plan for a Gap Under the Fence

Ideally, there should be a gap underneath the fence of at least 5 inches. Native grasses or other ground cover require us to mount the fence higher. The fencing should be 5 inches above the matted grass.

The higher the fence is off the ground, the further away the drift will start. If the fence is directly on the ground, it may become buried in the drifts if snow load is heavy. This will reduce its effectiveness.

It's hard to see the gap in the top image because the grass is so tall, but you can see it better in the image below.

How Do you Install a Snow Fence?

Remember, this fence is meant to be load bearing, so use enough posts. Set the posts well in the ground and make sure the fence is well-secured to the posts. Place the fencing on the windward side.

Our primary wind comes from the west, so the fence is all on the west side of the posts. We use t-posts, not metal u-posts, because they are stronger.

For areas with very heavy wind and snow loads, you can secure the ends of the fencing with additional support wires as detailed at the U.S. Netting website.

What you need from your local store:

For a 4 foot tall fence with 6 foot t-posts:

Because we have several hundred feet of snow fence to put up, we skip the slats and use extra cable ties. So far, so good. The fence has survived 5 years of use, and is still in good shape going into the fourth winter. There have been a few tears here and there.

We install our snow fence in late October/early November. Obviously, you need to get the fence in place before the ground freezes and the snow starts stacking up.

Taking Down the Snow Fence

The fence comes down each spring once the main risk of heavy snow is past. We use a wire clipper to remove the zip ties, and gather them up for disposal. Then we roll the fencing and store it for the summer. We remove the posts and knock the dirt off.

We don't leave the snow fence up all season, because the materials would degrade sooner due to sunlight and general weathering. Part of the fence goes through the neighbor's hay field, so he needs access during the growing season.

The best snow fences are about half solid and half open. The solid material blocks or at least slows the wind. The pressure changes because of the openings in the fence or treeline drop the snow as the wind blows through the fence.

You don't necessarily need to purchase fencing. Pallets will work, slat fencing will also, even planks staggered at roughly 50% air and board will work.

You can create a living snow fence with a line of staggered bushes or evergreen trees, is best at a good distance varying by height and density. A second line of staggered plastic or wooden fence or shrubs will reduce wind a second time and drop any remaining snow.

Make sure you know your prevailing winds, angles and distances. Use each years experience to improve your fence the following winter.

Closed in spaces like a city or subdivision will likely need some creativity. You will need to be creative with the spacing and work with neighbors to ensure the snow drops where you want it. We have seen people extending a wall with fence to create wind barriers and drive the snow through a series of fences between houses depending on the prevailing winds so the snow drops between buildings away from driveways and streets.

Yes, snow fences work. In our case, we clearly see the drifting on the downwind side of the fence. The video below is from February 2019. (Please make sure adblockers are disabled so video displays correctly.)

Since we first did this, I've been seeing more snow fences around. I know at least one neighbor liked the fence, because he stopped in to ask where we bought it. They liked the green snow fence more than the orange fences they'd seen around.

Another interesting application for the fencing is to use it in combination with trenching. This catches the melting snow and directs it to specific areas. Since part of our fence goes through the neighbor's field and part is in a marshy area, this isn't a very practical option for us, but I could see where it might be useful. If you are in an arid region, consider this to feed into swales or ponds.

Have any questions? Have you used a snow fence? How did it work out for you? (ask question in the comments section below).

P.S. – To the various fence company representatives who keep leaving comments with links back to your fence company websites, please see our advertising rates. Inappropriate comments are deleted and/or marked as spam. 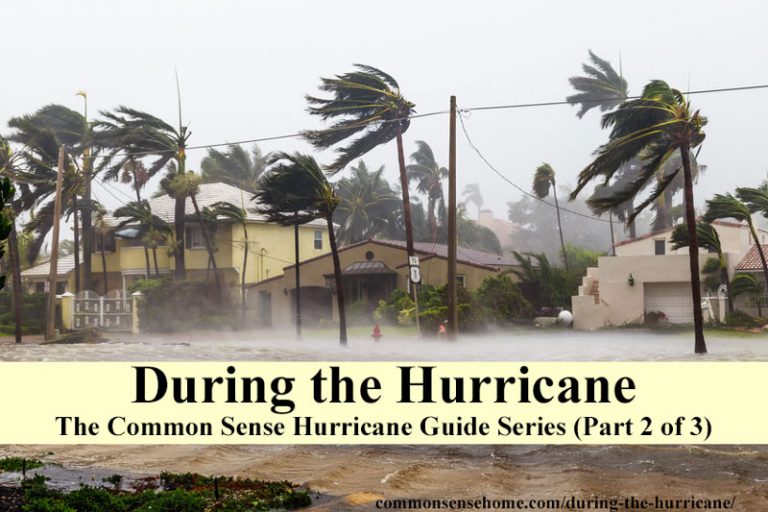 It’s winter, and you always *planned* to get supplies if the power went out. Now it’s below zero and the power just failed. What do you do for emergency heat during a power outage? This post contains ideas for winter storm survival while sheltering in your home, but many of the ideas could be adapted…

Solar emergency gear isn’t just for summer or warm climate areas. The new generation of solar gadgets and tools can be used year round – even in cold temps. Some items, like the SunOven, have been around for years, proving their durability and long life. New tools like LuminAID solar lights are making huge inroads…

“Living Ready Pocket Manual – First Aid Fundamentals for Survival” is a new book by James Hubbard, M.D., M.P.H., aka The Survival Doctor. Dr. Hubbard has come out with a brand new, extremely practical addition to every home library and preparedness kit.

There are a number of different options for emergency cooking. In this post we’ll cover everything from simple heating to large scale cooking for emergency situations. Before we get started:  For those who are new to preparedness, using an emergency generator to power an electric stove or microwave is not a good idea. Gas, wood…