This cinnamon coffee cake recipe is from my grandma Catherine's recipe collection, and dates back to the 1950s. It's quick to bake and less sweet than most modern recipes.

Take the time to sift your flour before measuring. This helps to make sure you don't have excess flour, so the cake doesn't get too dry. Spoon the sifted flour into your measuring cup and level with a knife.

If you don't want to sift, add an extra tablespoon or two of milk.

Remember, this is cake, not bread dough. Mix just until blended – don't turn the mixer on high and let it run. Having ingredients at room temperature will help make mixing easier.

Want More Sugar and Cinnamon in your Cinnamon Coffee Cake?

This cinnamon coffee cake recipe is much less sweet than many modern versions. If you are a fan of more cinnamon and sugar streusel, go ahead and double up the cinnamon crumb topping.

I normally use granulated sugar, but Swerve or another no calorie substitute should work.

Lightly grease your pan with a neutral cooking fat like refined coconut oil or unsalted butter. Preheat your oven, and bake in the center of the oven.

Watch your bake time. 30 minutes of baking time should be plenty with a glass pan. With a metal pan, you may be done in 25 minutes.

When your cinnamon coffee cake is done, it should:

Once the cake is done baking, cool on a wire rack before serving.

Grandma Catherine's cinnamon streusel coffee cake recipe is easy, quick to bake and less sweet than most modern recipes. Include baking tips for the perfect cake.

More Made From Scratch Recipes

We have over 100 made from scratch recipes on the site, from canned good to baked goods. They're all listed by category on the Recipes and Kitchen Tips page.

Some of our other baked goods include:

If you enjoy old fashioned recipes, let us know by leaving a comment below. I have an assortment of old recipe books with classics like this cinnamon coffee cake.

A Note About the Recipe Video

In the recipe video, I page through my grandmother's recipe binder. In with the cinnamon coffee cake and lots of other goodies, there are also scattered notes about their farming operation.

Grandma and grandpa ran a small dairy farm for a time, across the road from my parent's farm. In the dairy farm notes, there were recipes for “louse spray for cows”. The recipe for younger cattle outside the barn included DDT.

By this point (1950s) they knew that lactating cows excreted DDT in their milk when they were sprayed with it, but DDT wasn't banned in the U.S. until 1972. 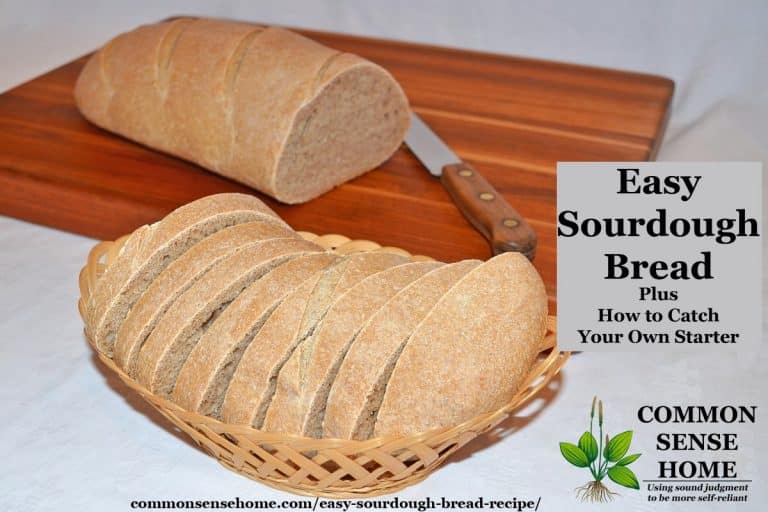 When I saw a lady from a local cake shop demonstrate how to make edible shot glasses on the local morning show, I knew I had to try them. We’re not big drinkers, but the mold works great as an edible serving cup, too. Fill a cookie shot glass with eggnog, ice cream or pudding….

My boys love crackers. Unfortunately, most of the brands featured in the store have lots of ingredients we are trying to avoid – transfats, artificial flavors, bleached and bromated flour and so on. Enter Kitchen Stewardship’s Homemade “Wheat Thin” Style Crackers recipe. I love Katie’s blog – it’s full of helpful tips and great recipes….

I have always liked lemon shortbread cookies. Simple, delicate – they’re all about using good quality ingredients and handling them correctly. These lemon shortbread cookies are rich and buttery, and don’t require chilling or preheating the oven. Fresh lemon zest plus lemon glaze equals more yummy lemon flavor. These are fancy enough for a party,…

These tigernut chocolate chip cookies are a uniquely delicious take on America’s favorite homemade cookie. We first gave these a try for New Year’s Eve, when we had friends with food allergies visiting. Since then we’ve made them a number of times using different sugars and different fats. The texture changes a bit, but all…