This is a question I've heard a number of times. My kids like the flavor of water kefir soda better than kombucha tea, but I generally prefer the kombucha myself, and my husband will drink either, depending on the flavor.

Water kefir is quicker to brew than kombucha tea – unless you do a continuous ferment, in which case you can draw off  kombucha every day. Some people find water kefir is more consistent, my kombucha tends to be more consistent. Some people feel guilty about excess scobys, I have been able to give most of mine away, or I simply compost them. A few I've used to treat skin ailments, such as my son's cradle cap. (Read The SCOBY Cure.)  (DON'T FLUSH YOUR SCOBY! It may just be able to grow in your septic system and cause big problems.)

So, other than personal preference, what is the real difference between water kefir and kombucha? Both start with a base of sweetened liquid (kombucha with sweetened tea, water kefir with sweetened water). I did a lot of hunting, and what follows are some of the best explanations I found on the Net. First up, kombucha.

From the forums at Wild Fermentation:

The bacterial component of a kombucha culture usually consists of several species, but will almost always contain Gluconacetobacter xylinus, which ferments the alcohols produced by the yeast(s) into acetic acid. This increases the acidity while limiting the alcoholic content of kombucha. G. xylinum is responsible for most or all of the physical structure of a kombucha mother, and has been shown to produce microbial cellulose.

From the Happy Herbalist (which I highly recommend – tons of great information):

The classification of kombucha vinegar according to Traditional Chinese Medicine is Sour, Bitter and Warm, and milder than alcohol which is Hot (alcohol contributes to phlegm and stagnation). TCM uses vinegar (kombucha) to break stagnation and to move the blood and Qi. Thus improving circulation and contributing to the general feeling of well-being.

As a Pro-biotic: Acidic kombucha, pH 2-3.5 aids the Stomach (both in the TCM and western sense) in the breakdown and digestion of food ingested. Beneficial bacteria and yeasts, that comprise the Live K-T or Pressed Extract (as opposed to pasteurized, neutralized, alcoholic or dead kombucha) compete with and help remove (suppress) harmful bacteria, yeast, parasites. … Then due to the synergism of the stomach acids and kombucha (Acid and Alkaline meets Yin and Yang, Herman Aihara ISBN 0-918860-44-x), kombucha transforms into an alkaline forming substance. Now the transformed Alkaline kombucha pH 7+, aids the Spleen (function in TCM), intestines, gall bladder and pancreas (function in western speak) in metabolizing and distributing that digest throughout the body. Thus IMHO, kombucha truly holistically balances and harmonizes the body.

And finally, from the Heal Thyself Forums:

Kombucha also has the effect of increasing detoxification in the liver. This is beneficial, unless pregnant or nursing, or excess mercury stores. You also need your detox pathways to be open first for effective detox.

So, kombucha acts as an immediate digestive tonic, much like apple cider vinegar. It colonizes the guts with friendly bacteria and yeasts. It detoxifies the liver, and generally cleans and rejuvenates the digestive system as a whole.

The Happy Herbalist contains links to a number of kombucha studies at  http://www.happyherbalist.com/analysis_of_kombucha.htm. On this page, they state that the typical composition of kombucha may include:

Cultures for Health highlights key kombucha elements in their Q &A section:

Not all kombucha cultures will contain the exact same strains, but generally, these are some that you might expect:

Acetobacter: This is an aerobic (requiring oxygen) bacteria strain that produces acetic acid and gluconic acid. It is always found in kombucha. Acetobacter strains also build the scoby mushroom. Acetobacter xylinoides and acetobacter ketogenum are two strains that you might find in kombucha.

Brettanomyces: Another type of yeast strain, either aerobic or anaerobic, that are commonly found in kombucha and produce alcohol or acetic acid.

Lactobacillus: A type of aerobic bacteria that is sometimes, but not always, found in kombucha. It produces lactic acid and slime.

Pediococcus: These anaerobic bacteria produce lactic acid and slime. They are sometimes, but not always, found in kombucha.

Gluconacetobacter kombuchae is an anaerobic bacteria that is unique to kombucha. It feeds on nitrogen that is found in tea, and produces acetic acid and gluconic acid as well as building the scoby mushroom.

Zygosaccharomyces kombuchaensis is a yeast strain that is unique to kombucha. It produces alcohol and carbonation as well as contributing to the mushroom body.

Kombucha also contains a variety of other nutrients, particularly various acids and esters that give the drink its characteristic tang and fizz. Included in these components is gluconic acid, which is the primary difference between the makeup of kombucha and the makeup of apple cider vinegar!

What is Water Kefir?

(Water kefir) is loaded with valuable enzymes, easily digestible sugars, beneficial acids, vitamins and minerals. Water kefir is also generally suitable for some diabetics (though personal discretion is advised). It also is a nice option if you are trying to avoid the caffeine present in kombucha, but still seeking a probiotic drink. Water kefir supplies your body with billions of healthy bacteria and yeast strains. Some store-bought probiotic foods or supplements can help, but they are not as potent, and do not contain the beneficial yeasts usually (just bacteria).

Within your body there are already billions of bacteria and yeast. Your internal microflora support proper digestion, synthesis of vitamins and minerals, and your immune system by warding off foreign and harmful bacteria, yeast and viruses. It has thus long been known to promote and aid in digestion and overall health. Some studies show it may be anti-mutagenic and help manage free radicals in the body. Folic acid (and B vitamins) increases as the length of the ferment increases. Some people let the strained kefir sit on the counter or the fridge another day to increase the folic acid and B vitamin content before drinking (this will increase the acidity too).

Kefir may also help reduce blood pressure and cholesterol. As with most things we've personally found, food and health is too difficult to reduce to facts and statistics. While kefir is not a magic bullet for health (what is) we believe kefir has a myriad of possible health benefits, and those will be individual for everyone. Some feel it helps them digest better, others get colds and viruses less often, some get more energy, and some people feel nothing much in particular, but enjoy the taste and value of it over store-bought yogurt, kombucha or kefir.

Pat at Heal Thyself includes more information and a word of caution (she leans to the kefir side of the discussion):

Kombucha has Saccharomyces boulardii which displaces and replaces candida albicans in the gut. Candida binds mercury to keep it out of circulation. When you kill off candida in the gut, stored mercury is released back into circulation to redeposit into other organs and the brain.

Kefir does not do this similarly. Some people get GI symptoms if they start kefir too much too fast due to the microbial shift in the gut. Kefir has many beneficial microbials. You only need 1 tablespoon to equate to a whole bottle of probiotics.

So, water kefir is loaded with probiotics that colonize the entire digestive tract, doesn't contain caffeine (although if you use continuous brewing, caffeine in kombucha can be significantly reduced), may help with free radicals and boost the immune system. It doesn't produce a significant detox effect.

So what do you find in a typical glass of water kefir or kombucha?

Cultures for Health lists the following bacteria and yeasts as potentially occurring in water kefir:

Species Bacillus
B. subtilis
B. graveolus

Basically, when you compare water kefir versus kombucha, it seems to me that water kefir acts primarily as a wide spectrum probiotic, whereas kombucha acts as a digestive aid, a probiotic and detoxifier.

Water Kefir Versus Kombucha – Which one do I prefer?

I think both are valuable, but if I only had to choose one I would probably stick to kombucha. Both of them simply help your body to do what it needs to do – they are not miracle cures. Some sites warn not to use both, so keep that in mind. It's best to start with small doses until you body acclimates to the new inhabitants. I think it gets down to individual taste preference, and individual body chemistry. I encourage you to try both if you have the opportunity and see which works better for you.

Note: If you are dealing with candida overgrowth, note that ferments may contain candida species. Ferments may make some sensitive individuals worse, and some individuals better. Pay attention to how your body responds and adjust accordingly. Please check with your healthcare provider if you are on prescription medications, as fermented foods may affect how your medication is absorbed.

Misinformation never dies on the internet – it just gets turned into another Facebook meme that gets shared over a million times. Today’s case in point – margarine myths. I am not a fan of margarine. I think it’s a sad excuse for butter, and always has been. That said, the whackadoo information and fearmongering…

Sore throat remedies don’t have to come from the drugstore – relief may be right in your pantry. We’ll share some of our best home remedies for sore throat, plus tips on what to eat and drink. Note: If your sore throat pain is related to digestive upset, please see “10 Home Remedies for Acid…

Confession – I am not a super tidy housekeeper, and my kids and I will likely never be featured in any magazine article titled “Best Dressed” anything. At home, we regularly wear clothes with holes in them – GASP! – and sometimes they have stains. Oh oh! But clothes feel so comfy right before they… 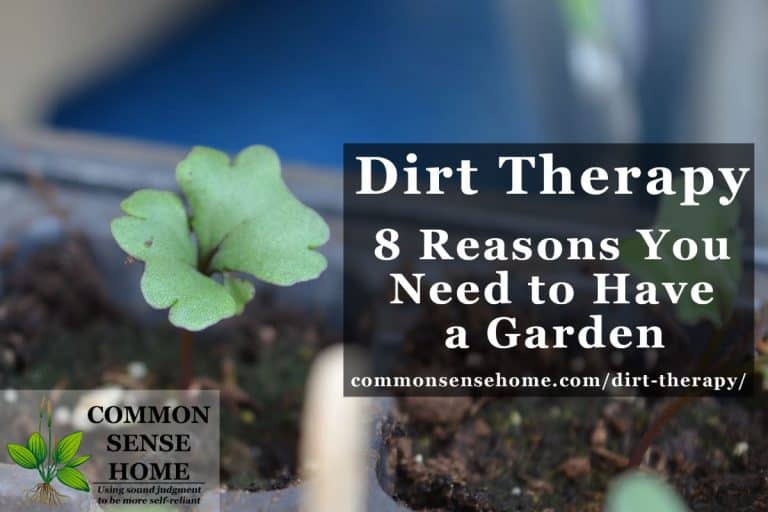