First off, I make no claims that this is authentic Korean kimchi – but it is tasty. The recipe is adapted from the original “Wild Fermentation” book by Sandor Katz. He called it “Baechu (Cabbage) Kimchi”.

We decided to give the recipe a try last year when we had a bumper crop of cabbage and an assortment of other bits like snow peas and radishes. Thus, “clean the garden kimchi” was born.

Sandor's recipe starts with neutral flavored and mildly spicy veggies like napa cabbage, radishes and carrots, and then follows up with the spicy ingredients. In about a week, you have a probiotic side dish with much more zip than kraut.

Eldest son has become our kimchi guy, whipping up a gallon or so at a time in a big crock, and then storing in mason jars in the fridge. We'll go through a little Q&A and then share the recipe.

What does kimchi mean? (What is it?)

Kimchi is a Korean word which has its roots in the ancient form of the language, starting out in the 6th century as chimchae, with the literal meaning ‘soaked vegetables'. This was later modified to jimchi en route to the current form kimchi, with kimchee and gimchi as common variants in spelling.

My husband used to work with a Korean gentleman who happily took any extra large garden produce we had to make kimchi. He didn't just use traditional Chinese cabbage or bok choi. Overgrown cucumbers and zucchini also got the same treatment.

Common veggies used include cabbage, radish and other root vegetables, and cucumber. The flavorings may include garlic, ginger, chili, spring onions and other strong spices. Many versions include fish sauce or seafood, so they are not vegan.

The distinctive red color common to many kimchee recipes is gochugaru, or red pepper powder.

Traditionally, it's always fermented, which brings us to…

Is kimchi Japanese or Korean?

Kimchee was created in Korea and is Korea's national dish, but it was enthusiastically embraced by the Japanese. There was quite the skirmish between the two countries some time back, because Japanese companies (and now some Korean companies, too) are mass producing kimchi with citric acid instead of using natural fermentation.

Korea appealed the to international food standards commission, Codex Alimentarius, to establish kimchi as a fermented food. The fermented version was set as the international standard, but the cheaper imitations are still popular.

How does it ferment? (What bacteria are involved?)

The vegetables soak in a salted brine and ferment by naturally occurring Lactobacillus bacteria, which create lactic acid. The acid lowers the pH of the vegetables, helping to preserve them (along with the salt and spices).

Kimchi typically ferments more quickly than sauerkraut, because it starts with soaking the vegetables in a salty brine to soften them.

Is kimchi good for you?

We're always being told to eat more veggies, and kimchi fills the bill. To get the most benefits, make sure you're eating properly fermented kimchi to get the probiotic benefits.

Some of the health benefits of include:

Tips for Making the Recipe

The recipe makes about four cups of kimchi as listed, but you can adjust it to use what you have on hand. Just use roughly the same proportions of mild veggies, spicy veggies and brine.

Coarsely chop the cabbage, and slice the carrots and radish into bite-size pieces. (We like to use a crinkle cutter for the root veggies.) Other commonly used mild vegetables include snow peas, seaweeds, and Jerusalem artichokes. Mix up your chopped vegetables before adding the brine.

For a fermentation container for your kimchi, use a crock or large glass jar. You want a container that is non-reactive.

If you don't have an appropriately sized fermentation weight, use a ceramic plate with a non-reactive (glass/ceramic) heavy object on top of it.

We like the Microplane grater for breaking down the small fibers in the ginger root.

Traditionally, kimchi is placed in a cool location for the final ferment, like a cellar or buried in the ground. If you like, go ahead as use this option instead of fermenting on the counter and storing in the refrigerator.

You may also find these articles useful:

This fun red, white and blue cake is decorated with fresh berries and whipped cream, and filled with rich custard. It’s great for the Fourth of July or Memorial Day gatherings, and uses no artificial colors. This “from scratch” recipe works well with gluten free flour. 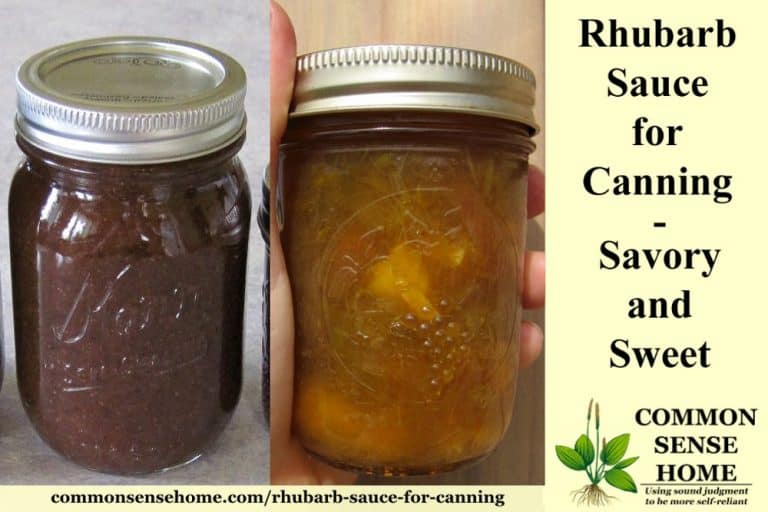 When rhubarb is in abundance, it’s a great time to preserve some of the bounty. This spring I made up two types of rhubarb sauce for canning; a batch of savory rhubarb Victoria sauce (left), which is basically a rhubarb barbeque sauce, and some rhubarb-orange compote (right). Unique and flavorful, these recipes are great for…

Most homemade lotion recipes involve quite a few ingredients, blenders and more mess than I’d prefer to clean up. In contrast, all you need for these hard lotion bars is three ingredients, one pot, and molds – that’s it! You can even use muffin tins if you don’t have other molds, since the bars use…

These easy to make sourdough brownies are a great way to use sourdough discard. With one bowl, one pan, and about 30 minutes, you have rich, fudgy brownies.

This cinnamon coffee cake recipe is from my grandma Catherine’s recipe collection, and dates back to the 1950s. It’s quick to bake and less sweet than most modern recipes.