2015 was the year my face exploded. There was no C4 or dynamite involved, but it looked like I might have been a burn victim, and sometimes it felt like my skin was on fire.

It also scared me, as my mom dealt some sort of face rash in the decade leading up to her passing. She saw over 20 doctors, and the relief she got was temporary at best. Her skin used to itch so badly that she would scratch her face raw in her sleep.

Was I destined to be stuck with something similar for the rest of my life?

When I finally got a name for my condition – psoriasis – all the overpriced dermatologist had to say was to smear some steroid cream on it and live with it.

I told her I was changing my diet to see if I could address the underlying cause, and she flat out told me that I was welcome to try, but that food didn't have anything to do with your skin.

Thankfully that doctor was wrong.

I've been hesitant to talk about this because I didn't have any answers, was flat out miserable at times, and I felt like a failure.

My brother said to me the other day, “You try harder then just about everybody I know to do the right thing.” And I do, darn it! But I still got sick and it took me quite a while to find something that helped.

The stuff I write about and share is how we really live and what we really care about. I do my best to grow much of our food, and source much of what we don't grow locally and/or organically. I don't smoke, rarely drink – heck, even coffee is rare for me these days, and when I was drinking it, it was one cup of organic fair trade. We don't eat out much, and don't buy much prepackaged food.

But we're not perfect. Sometimes when we're in the middle of big project, there will be frozen pizza for super. We like some sweets. (And sugar is the devil according to many current diet fads.) I'm not binge eating boxes of bakery doughnuts, but I do know how to bake and am pretty darn good at it.

Most of the time I stick to talking about the good times I remember from growing up on the farm, but there were some bad times, too. My dad was an abusive alcoholic, and he beat mom while she was pregnant with me.

My sister told me how he knocked mom down her knees on the concrete floor of the milk house one time when he got angry and she was very pregnant – but she still protected me.

My dad sued mom for divorce shortly after I was born, because she had the milk check put in her name so he couldn't drink it all up. He tried to force her to sell the farm and take the money, but thankfully the judge listened to mom's argument that she needed the farm to feed us six kids.

When my stepdad entered the picture seven years later, he did help mom with the farm and he didn't drink, but the man was still not a nice person.

That's a story for another day, but let's just say that many aspects of my upbringing were less than idyllic, and that may have all played a role in bringing my physical problems to a tipping point.

“You Need a Miracle.”

That's what my neighbor told me last summer when my skin was at its worst.

And she's right – I did need a miracle – but I already had one – my momma's love. I figured if she could fight so hard to protect me, and stay strong emotionally at the end of her life, even as her body was being ravaged by the skin crap and myotonic muscular dystrophy, then I had to keep searching until I found an answer – for her and for me.

I wanted to find an answer for my readers, too. So many of you have offered suggestions for psoriasis treatment, and many others have shared their own stories of dealing with chronic illness and being let down by conventional medicine. Don't give up hope, and keep asking questions and trying things until you find answers. I'm not completely healed, but at least my face no longer scares small children, and I don't wake up at night from the pain of broken, bleeding skin. (Yes, it did get that bad.)

In the coming weeks, I'm going to share what I found out during my research – looking for psoriasis causes, herbal treatments, alternative treatments, underlying conditions and how I've finally started getting my condition under control.

Contrary to what the dermatologist said, diet has been a big part of it. What I've ended up with is sort of paleo-primal-ish, along with fermented foods and specific herbs and supplements.

Well, I'm not “ended” yet, but I'm doing so much better than I was (face is much better, but there are still other patches of skin that need work), and I do believe that I will be able to get this fully under control so I don't have to suffer my whole life.

Do you deal with a chronic condition? Don't give up hope. I have friends who have battled everything from cancer to Lyme's to autoimmune diseases and found their way back to health. Stay strong, and we'll make the journey together. 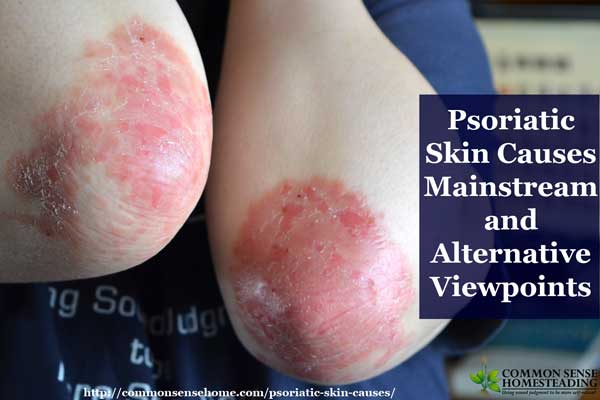 Those who’ve been following along know a little about my personal experience with psoriatic skin from the article “Psoriasis – The Year My Face Exploded“. When I went for my annual checkup last September, the doctor also noted that down the road my skin psoriasis could lead to psoriatic arthritis (where the psoriasis attacks your…

What’s on the plate? You may have guessed “butter and margarine”, but what you’re looking at is Organic Valley butter on the left (top) and “store brand” butter on the right (bottom). I’d love be able to afford to use OV butter exclusively, but it’s pricey, so we generally reserve it to use as a…

Since October is Breast Cancer Awareness Month, and 1 in 8 women will develop invasive breast cancer during her lifetime (isn’t that crazy?), I thought it was a good time to pull together some tips and tools to help you help yourself to keep your breasts healthy. Our health is critical to our quality of… 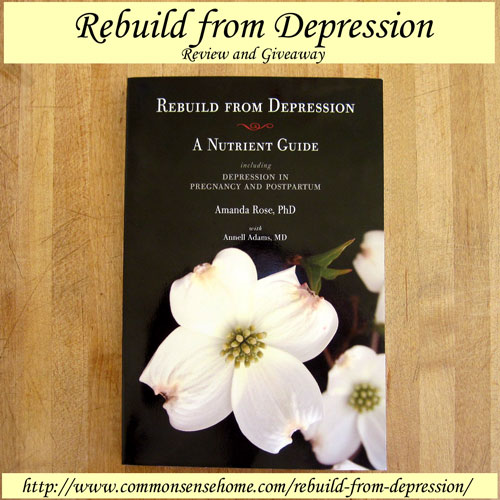 Copper fixtures add warmth and character to your home, but they may also help prevent illness. We’ll share how copper kills germs, some of the best ways to use it in your home, and what can prevent it from working.

In “Psoriasis Healing”, Laurie Neverman shares the mind-body-spirit approach that helped her heal psoriasis plaques covering nearly half of her body. Instead of giving in to the “family curse”, she worked through diet, supplements, topical treatments and other remedy options to get healthy skin. Now you can share her journey to help you find your…