Sharing my own problems with toxic skin wouldn't be complete without some background information on my mom's skin story. Back in the late 1990's, she was diagnosed with rosacea, and given a prescription skin cream. This seemed to help for a while – until her face erupted into large red, itching welts.

What followed was a series of topical and systemic treatments that sometimes offered temporary relief and sometimes didn't help at all. Out of all six kids, mom and I were the closest in build and general appearance, so I've always wondered if I might be more prone to skin problems as well.

I guess I got my answer last year. I'm learning too late to help mom, but hopefully our stories will help others. I know she would want that, as she was one of the most giving, loving people I've ever known.

Toxic Skin, Years of Pain and No Answers

My mom lived on the other side of the state, and during much of her illness my husband was working two hours away and only home on weekends, so I was on my own much of the time with two young boys and a budding homestead.

I wasn't there for mom as much as I would have liked to have been, but my brother and two sisters lived near mom and worked together to get her to appointments and see that she had help when she needed it around the old homestead. I was very grateful that my brother was just across the road on my grandmother's old place so he could watch over momma.

Mom's skin story started with the rosacea, as the official record goes. It developed into follicular lymphoid hyperplasia AKA lymphocytoma cutis or lymphadenosis benigna cutis, which is a type of rare pseudolymphoma. It's not lymphoma, which is cancer that attacks the immune system, but resembles a cutaneous lymphoma in appearance.

Of these, it's likely mom had exposure to Lyme disease, insect bites, trauma, chicken pox, and vaccinations (pretty sure she got the flu vaccine each year because she was working in a school). There was also likely exposure to herbicides and pesticides during the years on the farm, which would be included in the general “foreign agents” description.

I also noticed that several of the medications she was one had skin problems listed in their possible side effects list. Even Medscape notes: “The onset of drug-induced pseudolymphoma is insidious.

Most patients present with a single slowly enlarging papular, nodular, or plaquelike lesion several weeks following the initiation of implicated medications. However, several patients have demonstrated drug-induced pseudolymphoma after more than 5 years of therapy.”

I don't know what caused her skin to go berserk, and the doctor's sure didn't know, but given that the skin is the body's largest elimination organ, I think her body was trying to purge something that was causing problems.

I know she had problems with edema (fluid retention) in her ankles, and that she had had an inflamed lymph node removed from her armpit area years earlier. She also had a history of bursitis – more inflammation.

Around the time her skin started acting up, she was also diagnosed with myotonic muscular dystrophy (MMD). I can't find the medical record related to the MMD, but she must have had type 2, because her mobility became more limited and type 2 commonly starts with muscles closer to the center of the body, such as the hips.

When she ended up in the hospital just a few days before she passed away, the doctors said that her guts had basically just shut down.

What if the two were linked?

I'll never know for sure. What I do know is that they tried a huge number of topical creams, hardcore antibiotics, immune system suppressors, oral steroids, UV therapy and nothing cleared the itching and irritation for more than a short period of time.

My sister took mom all over the place looking for options, and she finally did see some improvement when she saw a lymphatic massage therapist, who was able to relieve some the swelling and improve the circulation in mom's ankles and feet.

Unfortunately for mom it was too little too late, but it did improve her quality of life. She felt up to traveling across the state with my sisters to visit our home and see what I'd been yakking about for years.

It was such a pleasure to have her here, and to see the house perform as it was designed to perform. (We made the place handicap accessible in the hopes that we could talk mom into moving in with us, but she knew my stepdad would never be comfortable under our roof so she never came. Even with my history with my stepdad, for mom I would have made it work.)

With zero clearance entrances and wide doors, she was able to maneuver her walker wherever she needed to go. She loved the handicap accessible shower and grab railings in the bathroom. The only thing that was a little awkward was the couch and rollout bed height, which were a little too low.

I was terrified when my face got so bad less year, but I've come to realize that it was a blessing in disguise. I thought I was doing enough eating “less bad”, exercising regularly and working to reduce my stress levels. My skin is telling me otherwise.

Over the last several months, I've tried many different things to treat my skin, which I'll share with you in the upcoming posts in the series.

Humans are complicated critters, made up of many critters (our bodies are 90% bacteria cells and 10% human cells), and everything has to cooperate. If you have visible symptoms – like skin conditions (even acne), swelling, bloating, dark circles under the eyes, funky body odor, flaky scalp, constipation, etc – then something is also not working where you can't see it. We need to be our own advocates and listen to our own bodies.

Honey, Mud, Maggots and Other Medical Marvels – The Science Behind Folk Remedies and Old Wives’ Tales is a journey through history and culture, highlighting the use of unusual remedies around the world. Although some of these techniques may sound strange or disgusting, most have stood the test of time because they work. As I…

A number of readers have asked me what I’ve done to improve my vision naturally, so I decided to put the information together here. I’ll talk about foods, supplements, eye exercises, and other techniques that may improve eye health. 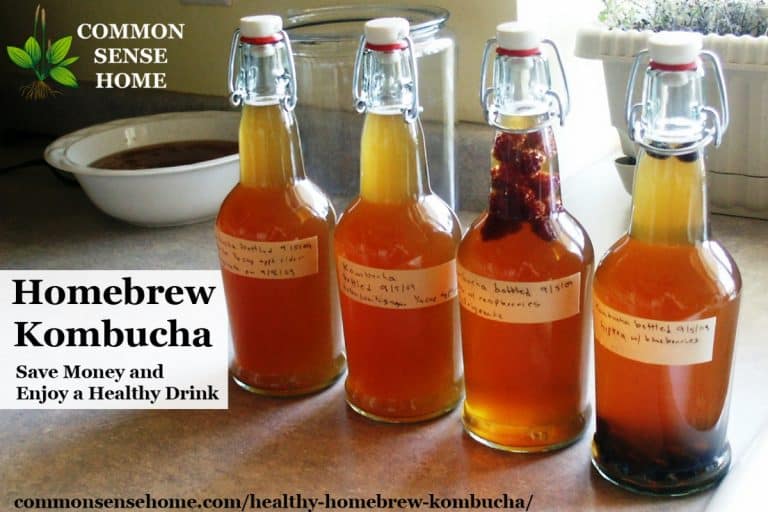