Curly dock is an easy to identify spring green with a unique sour flavor, like wild rhubarb. It also has a long history of medicinal use for a wide variety or ailments.

Curly dock (Rumex crispus) is native to Europe and Western Asia. It grows throughout the United States and most of the temperate world, well into the arctic regions.

Some guides identify it as a perennial, some as a biennial. In my area it acts as a biennial, taking two years to set seed. During the first year, it forms a basal rosette of long, dark green leaves with wavy margins and large tap root. In the second year, it shoots up its distinctive rusty brown flower stalk.

The plant itself ranges from 1′-5′ tall, depending on growing conditions. It prefers disturbed soils in full sun, tolerating a range of moisture levels and conditions from dry to moist, clay to gravel, and just about anything in between.

A few years ago, I grew some beautiful dock roots in a new garden bed. It was low lying and sat wet for much of the season. The potatoes rotted, but the dock loved it.

The leaves of the curly dock are indeed curly, and tend to be long and narrow. In rich, moist soil they are a little shorter and wider. They can grow up to 2 feet long and 3 1/2 inches across, but most are smaller.

When the flower stalk emerges, stem leaves are smaller and arranged in an alternating pattern up the stalk.

Curly dock flower stalks emerge in late spring and form spirals of blooms at the top of the plant. They are mostly green and don't have a significant aroma.

When mature, the flower heads turn reddish brown and are covered with papery sheathes that are triangular or heart shaped. The seeds themselves are egg shaped, with flattened sides.

Each plant may produce as many as 40,000 seeds, which stay viable in the soil for decades. (Don't let this seed out in the garden.)  The plant typically reproduces via these abundant seeds, which are often transported by animals as their papery husks will stick in fur, but they can regrow from the roots.

Yes, you can eat the young leaves, flowering stalk, and seeds, but enjoy in moderation. Dock contains a significant amount of oxalic acid. Cooking helps break this down. Always exercise caution when using any wild plants and make sure you have positively identified the plant.

If you have kidney stones, it's best to skip high oxalate foods. There's one documented case from the 1980s of a man with multiple health conditions (diabetes, heavy smoker) who ate over a pound of dock leaves, which turned out to be a lethal dose.

The best leaves to eat are the small ones from the center of the plant. Pick when they are still curled up, or recently emerged. Steam, boil, fry, or saute, using the leaves similar to spinach.

Yellow dock leaves have a slightly sour flavor. It's okay to eat the young leaves raw, but as mentioned above, cooking breaks down the oxalic acid. The leaves are high in protein, iron, vitamin C, and vitamin A.

To use the seed stalk, pick it before the seed head develops. Peel off the stringy outer layer, chop, and cook.

Curly dock is a member of the buckwheat family, Polygonaceae, but the seeds are smaller and more bitter than domesticated buckwheat. By the time you remove the papery coating, there's not much left.

Some people grind the seeds and the husks together, and use them in small amounts in bread or crackers. They add a lot of insoluble fiber, but I don't care for the taste or texture.

Another option is to lightly toast the seeds in the husks, and then winnow out the husks. I suspect toasting would improve the flavor, but that's a lot of work for a small amount of food.

Curly Dock, Rumex crispus, is closely related to common or broad leaf dock, Rumex obtusifolius. The two will readily hybridize, and can be used interchangeably.

Use dock leaves to treat nettle stings, if you don't have plantain available. Warmed dock leaves may also be used as a poultice to relieve breast swelling during lactation.

Dock root acts as a laxative and blood cleanser. It may help skin conditions (such as psoriasis), constipation, anemia, emphysema, jaundice due to gall bladder problems, and much more.

Harvest the root in late summer or fall from plants without a flower stalk. The older the plant, the darker (more yellow) the root will be.

Scrub the root well and chop off the top. Cut into pieces or strips for dehydrating or making tincture. Yellow dock root is also sold in capsule form.

To make curly dock tincture, place clean and chopped roots in a glass jar and cover with vodka. Put the lid on, and store in a cool, dark location for about a month. Shake the jar every day or two, and don't forget to date and label it.

Strain out the root through a coffee filter or jelly bag. Store your tincture in a glass bottle and use within five years. Use half a teaspoon once or twice per day for a cleansing tonic.

Do not use dock medicinally if you are pregnant, have kidney failure, diabetes, or electrolyte abnormalities. Do not use with any prescription medication linked to hypocalcemia. The oxalic acid may hinder calcium absorption.

This post is for general information only, and is not intended to diagnose or treat a specific illness.

How do I get rid of curly dock?

In the book, “Weeds: Control without Poisons”, the author notes that dock is often a “hardpan weed”. It shows up when there is high soil moisture and/or some drainage or aeration issues. It tends to be a problem in pastures and legume acreage that isn't plowed for 2 years or more.

Adding calcium to the soil may help. Plowing deep enough to break up the hardpan and disturb the roots will knock it back.

The seeds, as mentioned above, will last for decades in the soil. It's best to avoid letting them seed out if you want to reduce their spread.

The Weekly Weeder series shares useful information about common wild plants (weeds). Many of them are good for food and medicine, or wildlife habitat.

Other popular posts in the Weekly Weeder Series include:

Stinging Nettle – One of Most Useful Wild Plants

Broadleaf Plantain – The “Weed” You Won’t Want to Be Without

For more in depth plant studies, consider The Herbal Academy. 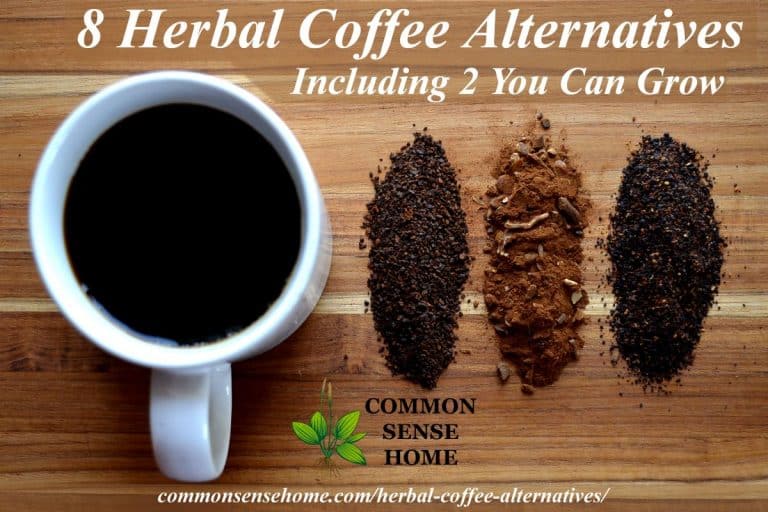 When I mentioned I was writing a post on herbal coffee alternatives, my eldest quipped, “Isn’t that called, ‘tea’?”  Not being a coffee drinker, the boy simply doesn’t understand the finer aspects of coffee drinking. There’s just something about that rich, earthy brew that calls to me on cold winter mornings. I drink plenty of…

Don’t let the “sting” of stinging nettles keep you from getting to know this amazing plant. Nettles have a long history of use for food, medicine, fiber and more. We’ll introduce you to this natural green wonder and its many benefits.

Cold nights have set in hard this October. So far it’s the second coldest on record. Add to that, the rains that were scarce during the growing season have been putting in more regular appearances, making harvesting messy, at the very least. In spite of the weather, we’ve been working on cleaning up the garden…

Lavender plants make a great drought tolerant addition to gardens, plus the flower spikes attract pollinators and ward off insect pests. We share tips to help your plants thrive, and some of my favorite lavender uses.

My boys are RPG (role playing game) enthusiasts. The younger generally enjoys giving a good thumping to something that sincerely deserves it or growing things (he is a dirt lover on and off the computer). The elder enjoys designing scenarios, cities, potions – he’s always creating something. Lately, my favorite herb book, the Holistic Herbal,…