We're kicking off deer fly and mosquito season around here, so I thought I'd take a minute to share some tips for deer fly control to help you keep biting flies away. (See Natural Mosquito Repellents That Work and Natural Tick Control for more on those biting insects.)

Where do Deer Flies Live? Is there a “Deer fly Season”?

As anyone who has ventured into the woods can tell you where deer flies prefer to hang out. Since they lay their eggs in mud areas near water, swamps and wet lands are some of the worst spots to get bit. That said, they also make themselves at home around livestock, campgrounds, and open fields – anywhere there's a meal nearby and somewhere to lay their eggs not too far away. Deer fly season peaks in June/July in most of their range. They are common throughout most of the United States and Canada.

Do all Deer Flies Bite?

Deer flies are also called a Marsh Fly, Sheep Fly, Yellow Fly, Pine Fly, May Fly, and Salt Marsh Greenheads. Whatever you call them, they're annoying. The females are the guilty parties. They're after your blood, and their bites really itch. The males feed on pollen and nectar from plants.

Deer fly saliva contains an anti-coagulant, which means the bites keep bleeding for a while. Those who are allergic to anticoagulants can have a reaction to deer fly bites. The bites will swell and itch, so it's important to keep kids from scratching to prevent secondary infections. Check out 15 Home Remedies for Bug Bites and Stings for treatment tips.

Deer Fly Deterrent to Keep Biting Flies Away from Your Head

My youngest complained about deer flies every time he  mowed the yard. The deer flies dive bombed his eyes and circled his head.

A while back my husband told me a story about when he was a Boy Scout. They were traveling through a swampy area in Canada, being plagued by deer flies. Their guide plucked a muddy fern and set it on top of his hat. The flies started circling the fern instead of his head. The rest of the troops followed suit, and they were one their way without flies in their faces.

We're short on ferns around here, but do have peacock feathers. I took my son's hat, a little duct tape and a couple of feathers, and set him up with his own personal deer fly deterrent.

Voila! No more flies in the eyes. He hasn't been bit or bothered by deer flies since he started wearing this hat. Plus, I think he makes those feathers look good. 😉

Deerfly patches stick onto your hat to trap the little buggers, and larger sticky traps for deer flies and other biting flies to keep near your barn, stable or campsite.  The patches might also work well on a pant leg or wrist if the flies are really bad and going after any exposed skin. 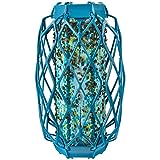 Tom B. shared another handy option on our Facebook page for those who are driving tractors:

“My uncle has a cattle ranch in Canada. The land is completely flat, and he is also plagued with deer flies when he's out on his tractor. His trick is tying a red rag to a tall plastic pipe strapped to his tractor. Always works. They go after the tallest thing around.”

This year (2018), there's been an extreme surge in the population of small biting black flies (also known as buffalo gnats or turkey gnats) in many areas. My friend, Joy, of Adventure Acres, was hard hit with buffalo gnats on her small homestead. She checked on her chicken flock at night and all was well. The next day during morning chores, they found many chickens dead. Some died from inhaling the gnats, others seemed to have died from an allergic reaction to the number of bites received. The gnats were mobbing the chickens, biting every exposed surface, even working under the feathers to bite. Although she knew gnats were in the area, they have never had a problem like this before. Joy's grandfather noted that he had not seen so many gnats in the 90 years that he has lived in the area.

To save the rest of the flock, Joy mixed up a vanilla spray gnat repellent with three parts vanilla and one part water. She sprayed this on the chickens and around the coop and yard. The results were visible – gnats left the chickens, even crawling out from under the feathers where they were hiding. You can use homemade vanilla extract if you have it. (Real vanilla extract is best because it's more potent, but imitation will do in a pinch.) Place the vanilla/water mix in a spray bottle and apply liberally to areas that you want to protect.

Is there a biting black fly/buffalo gnat season?

Yes, there is a biting black fly season where activity peaks for these little buggers. The worst of the black flies appear for a several weeks in late spring/early summer. Timing varies by area and weather patterns for the year.

If You Get Bit by a Biting Fly

Remember, if you're a little slow with the fly repellents and you get bit, we have help at 15 Home Remedies for Bug Bites and Stings.

Lavender plants make a great drought tolerant addition to gardens, plus the flower spikes attract pollinators and ward off insect pests. We share tips to help your plants thrive, and some of my favorite lavender uses.

We’ve picked out the best homesteading books to get you started on your homesteading journey. Our top three all have enough detail to take you from start to finish on many homestead projects, but deliver it in different styles. Looking specifically for information on growing your own food? Check out the Best Gardening Books list….

This is a guest post by Bette Lambert of Silloway Maple. Maple syrup is a delicious, healthy alternative to refined sugar, and is enjoyed on the table as well as in many recipes. It’s simple to make maple syrup in the backyard, though once bitten by the sugaring bug, many go on to expand their… 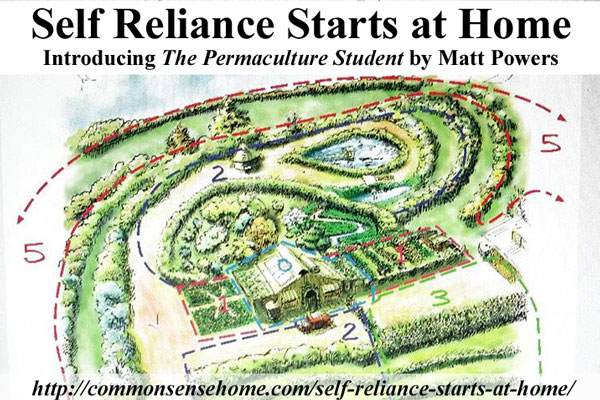 This is a guest post by Matt Powers of The Permaculture Student. How did people learn self-reliance? We didn’t learn it in schools and we didn’t learn it from books. It came handed down to us from our family members, often grandparents whose hands were living proof of their lives’ work. It was learned in…