I'm sharing this guest post from Paul Landkamer of Missouri Entomophagy because if you're visiting this site, chances are you've already challenged the status quo and are open-minded enough to get past the initial “ick” factor of eating bugs to the practicality of eating bugs. For those brave souls who never back down from a challenge, read on.

Entomophagy (en-toe-MOFF-ah-jee) is a cool word for a cool practice. It comes from “ento” meaning insect, and “phagy” meaning to eat. Thus, Entomophagy = eating bugs.

For this article, and when talking entomophagy with just about anyone, we broaden the ento-part to include other critters under the blanket term, “bugs”. As David George Gordon put it in his “Eat-A-Bug Cookbook”, it’s maybe not entomologically (study of insects) correct, but it most certainly is etymologically (study of words) correct to use “bugs” to refer to any little insect, arachnid, terrestrial crustacean, earthworm, slug, or other similar invertebrate.

Intentionally eating bugs triggers many responses. I say, “intentionally” because if you eat, you eat bugs or parts of bugs whether or not you want to admit it (there are FDA guidelines for amount of bug parts allowed in foods). Most Americans find the idea of eating bugs revolting. In other countries they are considered delicacies.

Insects are surprisingly nutritious, easy to acquire, and fun to eat. Why pass up such a readily-available food source? Most of the world, except the Northwest-European-based cultures, already embrace entomophagy, so we North-Americans could really embrace it, too.

The Food and Agriculture Organization of the United Nations released a study in May, 2013, showing how entomophagy might help save the world. See Edible Insects: Future prospects for food and feed security. ? Some activist-entomophagists claim eating bugs will help save Earth’s environment by reducing greenhouse gases, and bug-eating could solve world starvation. I’m not an anthropomorphic-global-warming advocate, and I have reasons to be skeptical of the world hunger claims. Studies have shown that almost half the food produced in the world is wasted, so we should be able to feed everyone.

Eating insects can help the environment by helping cut back on pesticide use (just like eating your weeds can help cut herbicide use, but that’s another topic). A drawback to using entomophagy as your pesticide is you usually have to let the bugs do some fair damage to your gardens or lawns before they reach a harvestable size or quantity.

Which Bugs are Safe to Eat?

When most people talk about entomophagy, they mention chocolate-covered stuff, exotics like emperor scorpions, witchiti grubs, mopane worms or Thai waterbugs. You’ll hear of scorpions and crickets embedded in candy suckers or tiny bags of spiced dried crickets or mealworms. These are fine to eat, but expensive, heavy on packaging, and shipped from around the world. We’ve got a wealth of edible bugs all around us, free for picking. The biggest obstacle to our exploiting them as a food source is the lack of documentation on those familiar backyard critters.

How does one decide what’s edible and what’s not?

Don’t just eat a handful of collected bugs because you’ve heard you can eat them. There are lots of reasons to be informed before diving into entomophagy.

Some insects, like wasps and bees, can cause allergic reactions that kill. Some can cause skin irritations. Some cause delayed severe upset of digestive tracts or convulsions. Environment is a big factor, as is the answer to the question, “How did it die?”

I’ve heard some claim this phrase as theirs and others will call it ‘an old saying’. I’ll say I read it first in The Eat-A-Bug Cookbook. “Red, orange, yellow, avoid that fellow. Green black or brown, wolf it down.”

Like with poison ivy and “leaflets three let it be”, it’s not true in every instance. If we left leaflets three alone, we’d never know about strawberries or raspberries or beans. If we wolfed down green black or brown, we might just go into a coma over a black blister beetle or our throats could swell up to the point of suffocation due to the stinging spines on a green and brown saddleback caterpillar.

The best way to find what bugs are safe to eat and what ones might be unsafe is to study.

Read accounts on-line, in books and talk to people who have experience.

Some printed resources include:

Then there are lots of on-line resources and people to tap on. Feel free to contact me, too. I love talking about bug-eating.

I have yet to find or hear about a dangerous species to eat from the following bug families:

Although scientific names are preferred, I’m using common names here, so I can get this finished in a timely manner. Be sure of what you’re getting. Note: You'll see the word “toxic” used quite a bit in wild edibles books. It sounds scary, but means anything from causing minor skin irritation to painfully-deadly. Toxic doesn’t necessarily mean it’ll kill you.

To get you started, we’ll go over some easy-to-acquire pesky bugs like June bugs, stink bugs, tomato worms and grasshoppers.

How to Catch Bugs

Stink bugs (shield bugs or Pentatomoidea) can be easily collected in the winter when they take shelter in homes or under leaf litter in the woods. Of course, you can collect them off your garden plants while they’re in-season. The only ones, and rather plentiful, with which I’ve got experience are green and brown shield bugs and squash bugs. I’m assuming, and haven’t heard any reasons to suspect otherwise, that marmorated stink bugs would be edible, too.

June bugs, or just about any in the Phyllophaga genus, are easy to collect on warm spring or early summer nights. Simply turn on a light at night and wait. I got a bit creative and made a reflector funnel trap. Other Phyllophaga, like Japanese beetles, can be collected while they cluster on and munch foliage by holding a funnel trap (made by cutting the top off a 2-liter soda bottle and inverting it into the base) beneath a cluster and tap them into it.

Tomato and tobacco hornworms are well known to any gardener. They’re easy to collect off tomato and pepper plants. The hard part in getting a harvestable batch of hornworms is letting them get big enough, seeing that they’ve gotta eat foliage off plants you probably didn’t plant for their pleasure.

Grasshoppers (also include katydids and crickets) are the classic edible bug. They’re featured in the Bible as eaten by John the Baptist, and most people think of fried or chocolate-covered grasshoppers when they consider eating bugs. Grasshoppers are most easily collected on cool nights in the late summer or fall. Otherwise you can play spot-and-pounce, which could be a source of significant exercise.

How to Cook Bugs

First, kill the bugs painlessly by freezing for about 10-15 minutes. (You can store small quantities in the freezer until you get enough to process.)

My favorite method of preparation is to boil for 15 minutes, then marinate in a favorite sauce overnight. After the marinating, dehydrate them to a crispy crunch.

Hornworms are a bit juicy to cook this way. After the pre-boiling, add them to most any soup or stew recipe. Or skip the boiling and throw them into a stir fry until they significantly turn color.

If you’re not the creative-cooking type, there are some great insect cookbooks like The Eat-A-Bug Cookbook and Entertaining With Insects, or even how-videos on-line like Daniella Martin’s www.girlmeetsbug.com. Once you’ve fixed the bugs for eating, the best part is sharing them! Enjoy!

Feel free to pester me for more information via e-mail (ognyen at yahoo dot com) or through Facebook groups, Missouri Entomophagy or Wild Edibles of Missouri. 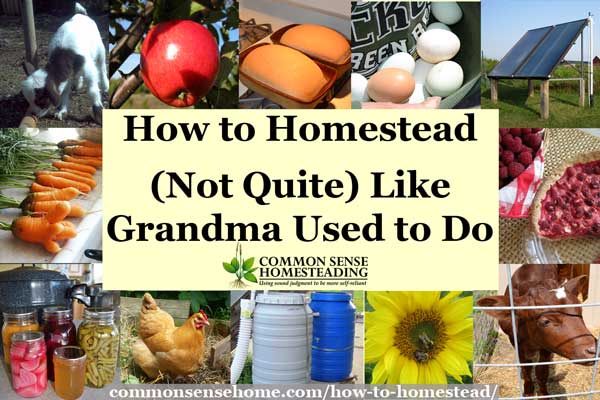 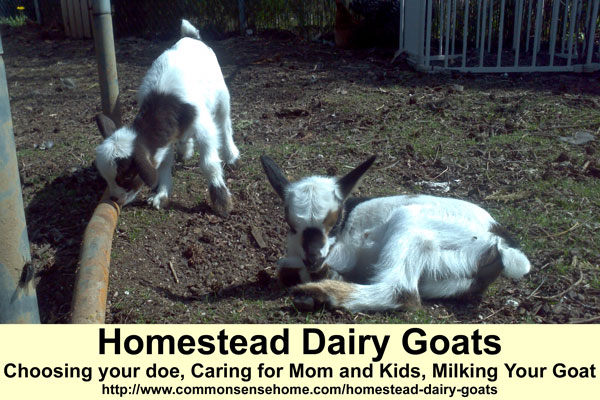 One of the most popular reasons for adding goats to the homestead is as dairy animals. Once you decide that keeping dairy goats is right for you, and you can accommodate them on your homestead, there are a few more considerations before getting your first pail of milk. Keeping Homestead Dairy Goats: What Age To…

In this article, we’ll answer some of the most common questions about rainwater collection, storage and use. 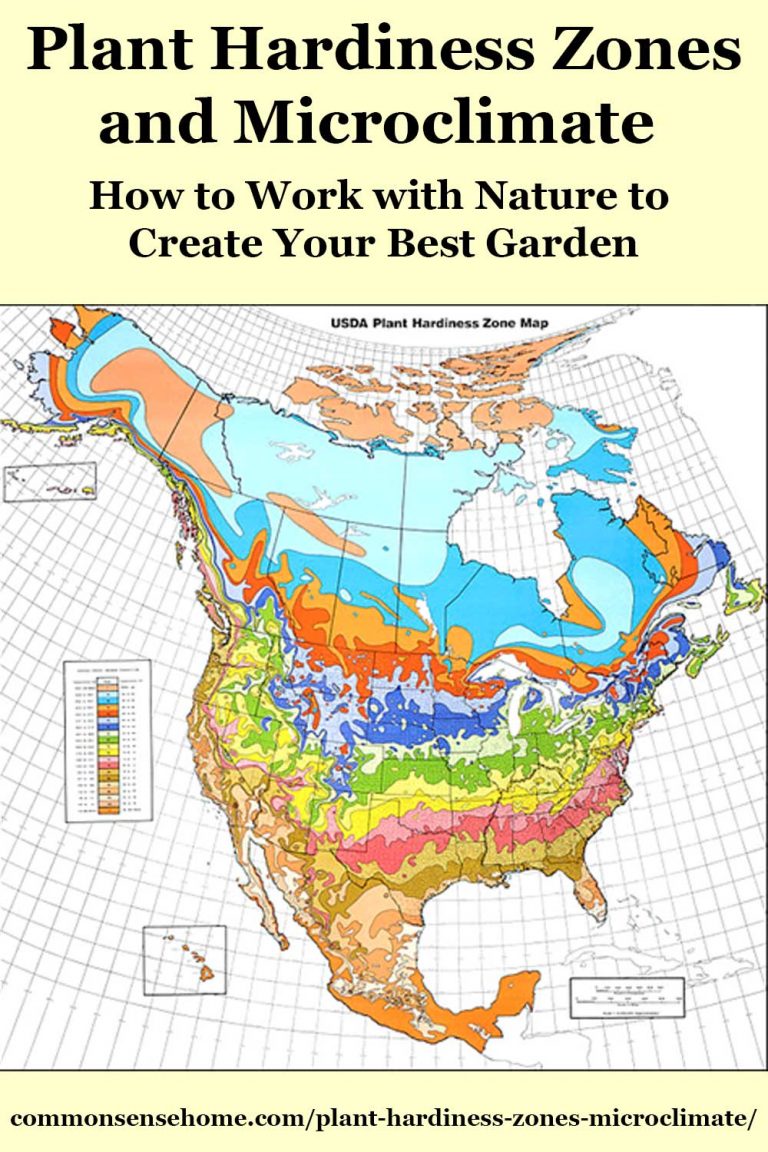 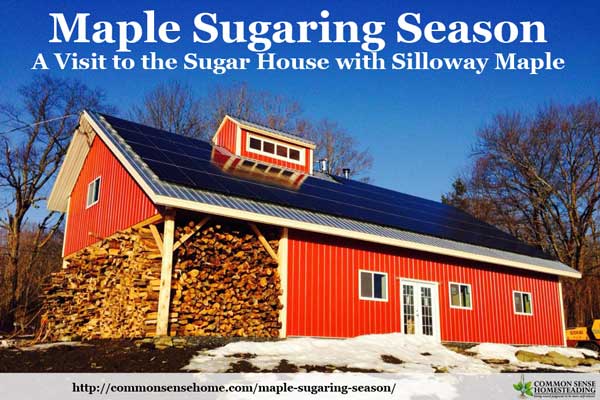 Maple sugaring season – the ten day forecast…. sugarmakers are watching, some are heading to the sugarbush to tap. Others are finishing up logging jobs, or busily making “drops”, the two foot piece of tubing with a spout on one end, and a T on the other. The temperature must rise above freezing in the…

If you’re considering wood heat, here are a few things you should know before you invest in a wood burning stove, wood fireplace insert or wood cookstove. With rising fuel costs, wood heat can be a money saving investment, but you need to plan ahead and make good choices.