Restoration Agriculture:  Real World Permaculture for Farmers is a long overdue call to revolutionize farming as we know it. Mark Shephard shares a vision of renewed soils, diverse ecosystems and healthy watersheds – filled with an abundance of nutrient rich food crops. He begins with some background information on agriculture as we know it, and then progresses to the new reality of permaculture farming – restoration agriculture.

The Rise of Industrial Agriculture

Since WWII, our food crops have been increasingly bathed in a cocktail of herbicides, pesticides and chemical fertilizers. The industrial complex that won the war turned its' collective might to fighting the insects and diseases that damaged crops. Farmers were told to “get big or get out”. The “Green Revolution” promised to “feed the world” with crops that produced higher yields per acre and genetically modified crops promised pest free fields free of weeds. Industrial agriculture companies such as Monsanto, Cargill and Del Monte vowed to bend nature to the will of man.

The Fall of Industrial Agriculture

The thing is, Momma Nature had other ideas. The megalithic proportioned machines that allow the planting and harvesting of huge monoculture fields compact the soil, forming a dense hardpan under the topsoil that prevents crops from accessing deeper nutrients. The huge fields that stretch for miles and miles through the heartland are ripe for erosion. Indeed, there is very little topsoil left in most of our prime agricultural regions. What soil is left is often dead and lifeless, killed by the herbicides and pesticides. Crops survive only through the application of large amounts of chemical fertilizers, often watered by rapidly depleting aquifers.

The Green Revolution and genetically modified crops were found to only give higher yield with the application of the industrial chemicals, and the seeds from these crops could not be saved from year to year like the heirloom and open-pollinated crops farmers had grown before. Around the world, farmers who had formerly been self-sufficient were now deeply in debt. Suicide rates among farmers have skyrocketed. Read “Monsanto's GMO Seeds Contributing to Farmer Suicides Every 30 Minutes“.

The time has come to, as Mark put it, “stop trying to grow things that don't want to grow and killing things that do want to grow”. Permaculture focuses on working with nature instead of against it. There are many variations on this theme, but all work to restore ground cover, protect (and rebuild) topsoil, conserve and clean water, and create a healthy, balanced ecosystem. The majority of crops in the system are perennial, not annual, so they are planted once to produce for many years. The permaculture food production plot is not static. The amount of food and variety of food produced evolves as the plants grow and change.

Animals also have a place in the restoration agriculture system, to help manage diseases and control plant growth, as well as to produce a valuable crop in their own right. Honey and mushrooms represent yet another facet of this amazingly productive polyculture. Instead of growing one crop, such as corn or wheat, from a plot of soil, the farmer can now grow many.

When I first started reading Restoration Agriculture, my initial reaction was, “That is so cool!”, quickly followed by, “Can you really make it work?”. The short answer is, “Yes.”  mark has written this book largely based on his own successful experience at New Forest Farm, a 106-acrea commercial scale perennial agriculture ecosystem that was converted from a row-crop grain farm.

The photos of New Forest Farm towards the end of the book are rich and verdant. There is a quiet beauty to the variety of colors (mostly shades of green) and textures. It is much more visually interesting than the unending rows of grains and legumes that cover so much of our countryside. The land speaks to me. It reminds me of my own backyard on a much grander, more productive scale. (For those who aren't familiar with my garden, you can view photos on the Gardening page.)

If you'd like to hear more in Mark's own words, you can watch his presentation to a group of organic farmers. It touches on many of the topics included in the book.

I hope you're as intrigued as I am about diversifying our food sources, healing the soil and providing everyone with healthy food.

I did not receive any money for reviewing this book, only a copy of the book itself.

Beekeeping for Beginners by Amber Bradshaw shares tips and ideas to help you create a backyard bee haven. From beehive selection to honey harvest, and everything in between, Amber walks you through step by step. You’ll have all the information you need to decide if beekeeping is right for you. 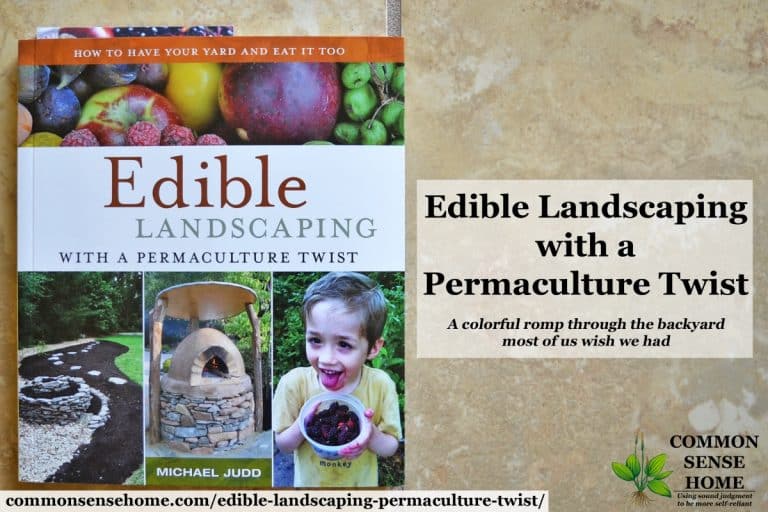 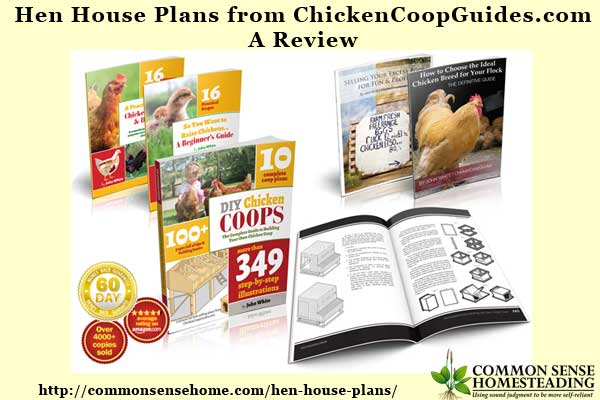 Hen house plans are a necessary element of just about every backyard laying chicken flock, unless you buy a pre-made coop. In the course of our chicken research, I was offered a free review copy of “DIY chicken Coops – The Complete Guide to Building Your Own Chicken Coop” by John White at ChickenCoopGuides.com, so…

This is a guest post by Matt Powers, author of “The Permaculture Student”. Have you heard of Permaculture? I hadn’t until I really began exploring organic gardening and saw a divide between those that were just changing their inputs to organic and those really gardening naturally. I was on a mission to find clean and…

I recently had the pleasure of reading “The Small-Scale Poultry Flock – An all natural approach to raising chickens and other fowl for home and market growers” by Harvey Ussery. This book is overflowing with detailed information on every aspect of natural poultry care. It’s a worthwhile investment for new poultry people and experienced growers…

Honey, Mud, Maggots and Other Medical Marvels – The Science Behind Folk Remedies and Old Wives’ Tales is a journey through history and culture, highlighting the use of unusual remedies around the world. Although some of these techniques may sound strange or disgusting, most have stood the test of time because they work. As I…