Growing chamomile brightens your garden, welcomes pollinators, and creates a useful addition to your herbal medicine kit. We'll share some background on chamomile, growing tips, and how to use it.

Both plant types have daisy like flowers with yellow centers and white petals. They are used similarly, but Matricaria chamomilla has more flowers and a milder flavor.

Roman chamomile is also know as English or Russian chamomile, and is a low growing perennial that reaches around one foot tall. It tolerates some foot traffic, so is sometimes used as ground covers or near paths.

Does chamomile come back every year?

German chamomile is an annual, so it finishes its life cycle in one year, but it readily reseeds. I planted it once, years ago, tucked around the garden as a companion plant. Now I have volunteers each year, which I love because they are free and useful.

As a perennial, Roman chamomile should come back each year and slowly spread.

Chamomile is easy to grow, and both types thrive in similar conditions. Roman tolerates somewhat cooler temperatures, but both do best started inside and transplanted into the garden.

Start chamomile seed indoors about 6 weeks before last frost. The seeds need light to germinate, so sprinkle them on the soil surface and gently press them down so they have good contact.

Place them under a grow light or in a sunny window. Water regularly – keep the soil damp but not soggy. I use a clear covers on my seed trays to help retain moisture. Expect germination in about 14 days.

Once the seedlings germinate and are well established (about an inch tall), thin to the strongest seedling in a group. Snip off the extra plants at ground level and compost.

After last frost, harden off your chamomile seedlings and transplant them to the garden. Choose a spot with well drained soil and full sun. The plants prefer a midrange soil pH between 5.6 to 7.5.

Space plants about 10 inches to one foot apart. In good growing conditions, German chamomile grows into thick mounds of foliage, so don't be fooled by the tiny seedlings. Square foot gardeners, stick to one or two plants per square foot.

Chamomile makes a good companion plant tucked around the garden. (More on this below.)

Flowering is best in full sun, but plants may welcome afternoon shade in hot climates. The plants are drought tolerant, but need moisture to get established and will benefit from a drink in extended dry conditions.

During the growing season, the plants thrive with very little care. Too much fertilizer encourages excess leaves instead of flowers. If your soil is lacking, you can add a little compost at planting time.

Chamomile attracts hoverflies and parasitic wasps. It's commonly paired with onions to improve their flavor.

My chamomile plants free range around the garden, loaded with pollinators and smelling good. Plus – it acts as camouflage (pun intended) to protect vulnerable seedlings from the ever hungry bunnies.

I mulch small plants with catnip and other strong smelling herbs I have growing around the garden to slow down the rabbits. One year, I let the chamomile and soybeans come up together until the soybeans needed more room to grow.

Once the soybeans were well established, I snipped off the chamomile at ground level. It worked like a charm. I love getting two crops from the same growing space.

Harvest chamomile in late morning, after the dew has dried but before the main heat of the day sets in. Gather the flower heads when they are fully open and some petals are starting to tip back from the center.

You want to use the heads that are still firm and not brown or wilted. Ones with fallen petals or brown centers are past their prime.

You can use leaves, too, but the flowerheads are the most potent. Avoiding snipping off more than one third of the plant foliage at a time to keep production going.

Both the flowers and leaves are also safe to eat fresh, and may make an interesting salad addition.

You can air dry your herbs or use a commercial dehydrator.

To air dry, spread the blossoms (and leaves, if using) on a drying screen or plate. Set them in an area away from dust and sunlight. Depending on humidity levels, they'll dry naturally in a week or two.

When using a dehydrator, place the blossoms on an herb screen and set the dehydrator on low (95 ℉, 35 ℃). Dry until crisp – the flower heads should easily crumble in your fingers.

I prefer to use my Snackmaster dehydrator for drying small herbs, because they blow around in the Excalibur.

Store your dried chamomiles flowers in an airtight container. For best quality, store them in a cool, dark location away from direct sunlight.

Use one to two teaspoons of dried chamomile flowers per cup of tea, or two to four teaspoons of fresh flowers.

Place the flowers in your mug and cover with boiling water. Steep for five to ten minutes, and then strain. (You can use a tea infuser if you prefer. Oxo has a neat little infuser basket with a cover that acts as a drip tray.)

Chamomile tea is a natural mild sedative that is safe for children. Its' good for anxiety and insomnia, without harsh side effects.

As a natural anti-inflammatory, it's useful for sore throats, mouth pain, indigestion and sore eyes. (It helps on the other end with flatulence, too.)

To use it to help clear congestion, place half a cup of flowers in about 2 quarts of hot water to make a steam bath. Cover your head with a towel to inhale the steam.

Externally, you can use a warm cloth soaked in tea as a compress to speed wound healing and reduce swelling.

Allergic reactions are rare, but possible. If you are allergic to ragweed or other members of the daisy family, it's probably best to limit or avoid chamomile consumption.

Side effects are uncommon, and may include nausea, dizziness, and allergic reactions. See “Chamomile Safety” for more information.

Always check with your doctor before using herbal medicine if you are on prescription medications. There are recorded interactions with cyclosporine and warfarin.

If you're interested in growing more than chamomile, other herbal articles on the site include:

How to Grow Garlic – From Planting to Harvest

Grow Stevia and Make Your Own Liquid Sweetener

Milkweed is a “must have” for butterfly gardening, but the right milkweed plants are good for people, too. We’ll share answers to some of the most common questions about growing and using these beautiful native plants.

With prices at the grocery store continuing to climb, this list of fastest growing vegetables will help you get a harvest sooner while waiting for later crops to mature.

What is terroir? I first heard of the concept a number of years ago, and my brain immediately went, “Ah-hah!”  Terroir (from terre, “land”) is defined (via Wikipedia) as: …the set of special characteristics that the geography, geology and climate of a certain place, interacting with the plant’s genetics, expressed in agricultural products such as… 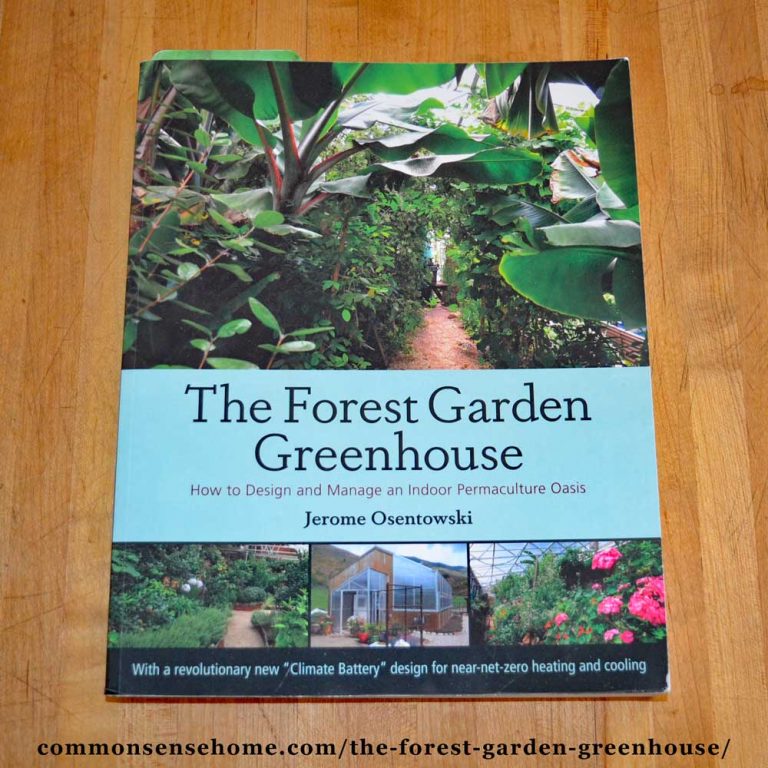 “The Forest Garden Greenhouse” by Jerome Osentowski will open your eyes to greenhouse possibilities well beyond simple season extension. From tropical fruit production, to worm farm, to plant nursery, to lush oasis in a snowy landscape, these greenhouses are an investment in abundance. Innovative options like indoor forest gardens play valuable roles in relocalizing food…