Zika virus has started making headlines recently. The first I saw of it was an article titled “El Salvador urges against pregnancies until 2018 as Zika virus spreads“, which caught my attention, since no babies for two years is a pretty drastic step. Predictably, there are now those offering “Zika virus protection products”, as well as a Zika virus vaccine in the works (but likely not available for widespread use soon).

Since I had never heard of this virus before, I figure others might not have heard of it, either, so I figured I'd cover the basics of Zika virus and Zika disease so we have a working knowledge of the problem. If something is dangerous enough to have countries talking about banning babies, it deserves attention, and if there are other factors involved, they should be known, too.

What is Zika virus?

From the World Health Organization:

Zika, a flavivirus transmitted mainly by mosquitos in the genus Aedes, was discovered in 1947 in Uganda. From the 1960s to 1980s, human infections were found across Africa and Asia, typically accompanied by mild illness. The first large outbreak of disease caused by Zika infection was reported from the Island of Yap (Federated States of Micronesia) in 2007, as the virus moved from south-east Asia across the Pacific.

The fact sheet also mentions the similarities between zika virus and dengue fever:

Under-reporting may also be a reason for missing previous outbreaks of infection, due to the clinical similarities of (mild) illness associated with Zika, dengue, and chikungunya infections, and the frequent co-circulation of all three viruses.

How do you catch Zika virus?

Zika virus is almost always spread through Aedes aegypti mosquito bites. WHO also notes that some evidence suggests Zika virus can also be transmitted to humans through blood transfusion, perinatal transmission and sexual transmission; however, these modes are very rare.

Check out the post, “Natural Mosquito Repellents that Work” for more info.

What are the symptoms of Zika Virus?

Zika virus infection is characterized by low grade fever (less than 38.5°C) frequently accompanied by a maculopapular rash. Other common symptoms include muscle pain, joint pain with possible swelling (notably of the small joints of the hands and feet), headache, pain behind the eyes and conjunctivitis. As symptoms are often mild, infection may go unrecognized or be misdiagnosed as dengue.

A high rate of asymptomatic infection with Zika virus is expected, similar to other flaviviruses, such as dengue virus and West Nile virus. Most people fully recover without severe complications, and hospitalization rates are low. To date, there have been no reported deaths associated with Zika virus.

It strikes me as odd that this virus has been known for decades in different parts of the world, and generally considered to be mild with limited side effects – until just recently. It got me wondering if their may be other factors involved, which I'll get to in a bit.

What is the treatment for Zika virus?

There is currently no vaccine for Zika virus, and it is treated symptomatically. Per the CDC:

At this time it is not known if pets can catch or transmit Zika virus.

Has Zika virus been found in the United States?

Those infected with the Zia virus in the United States appear to have contracted it while traveling abroad. You can view the CDC Zika travel advisories here.

In Brazil, authorities have linked Zika virus infection of expectant mothers with microcephaly in babies. Microcephaly is abnormal smallness of the head, a congenital condition associated with incomplete brain development.

Some sources are reporting over 400 cases of microcephaly in 2015 – which would be a massive increase from the 150 reported cases in 2014. However, it should be noted that, in the article “Brazil Revises Birth Defect Count in Zika Investigation“, “only 270 of 4,180 suspected cases have been confirmed as microcephaly, with the brain damage associated with the defect ruled out in 462 cases.” Also, only six of the 270 confirmed microcephaly cases (2.2%) were found to have the Zika virus.

The Health Ministry said Brazilian states were not required to report microcephaly cases before November. That could mean the 2014 list didn't fully account for all cases, though the ministry dismissed the idea there might have been a large number of unreported cases.

The U.S. CDC says about the rate of microcephaly in the U.S. is about 2 to 12 per 10,000 live births — a figure far higher than Brazil's estimates for earlier years.

While anything that endangers people's health is a cause for concern, I'm wondering if resources would be better spent improving the living conditions of the people so there are less spaces for the mosquitoes to breed, and working to make sure the mothers are well nourished during pregnancy, since maternal malnutrition has also been linked with microcephaly. Brazil is in the midst of a long term economic downturn, which has to be hard on families that are already struggling.

A number of websites have posited that there is a link between the release of genetically engineered mosquitoes and the Zika virus birth defects. There are no studies or clear evidence to suggest this is the case.  Theories range from  wondering if the genetically modified mosquitoes were in fact designed to be disease carriers or are in some way more predisposed to be disease carriers more than indigenous mosquitoes.

As I've been reading more about epigenetics, they're finding that gene manipulation often has unintended and unexpected consequences. At one time it was though that all you had to do was swap out one gene for another to get the desired effect. What they're finding out now is that genes effectively have “switches” that turn the traits on and off – so one gene can carry many, many traits.

When they were isolating the genome to map it, they were stripping off the proteins to do so. Now they are finding that getting rid of those proteins was effectively throwing away half of the genetic information. So – is it possible that there's a link? Maybe – but it could be a case of correlation rather than causation.

What I can tell you from researching is that area where Zika and birth defect problems are exploding is a mosquito heaven. In 2015, Brazil had 1.6 million cases of dengue fever. While the country is busy spending money on soccer stadiums and Olympic venues, many of the people live in squalor, with open tanks, ditches and garage piles filled with stagnant pools of water – perfect mosquito breeding ground. The World Cup may have even introduced the virus to Brazil.

There is also likely to be a lot of money changing hands as more genetically modified mosquitoes are released and more pesticides are sprayed.

Another argument points to the recent requirement of all expectant mothers in Brazil to receive the Tdap vaccine. The Tdap vaccine is classified as a class C drug, which means “Animal reproduction studies have shown an adverse effect on the fetus and there are no adequate and well-controlled studies in humans, but potential benefits may warrant use of the drug in pregnant women despite potential risks.” Could this be linked? Again, inconclusive at this time.

Brazil is the Largest Global Consumer of Pesticides

Many of you have probably heard of the Amazonian rain forest being cut down at an alarming rate. The massively diverse ecosystem of the rain forest is then replaced with huge swathes of often genetically engineered monocrops – like soybeans and cotton – that require huge amounts of chemicals to maintain.

When genetically modified seeds were launched those in favor of using these seeds and crops argued that their use would lead to lower usage of pesticides because these plants would be more resistant to disease and pests.

Petersen argues that what has been seen in reality is the opposite. “Not only are we using more [pesticides] but we are using more powerful, stronger pesticides. We have been forced to import pesticides which were not even allowed in Brazil to combat pests which attacked GM soybean and cotton plants,” he is quoted as saying.

The executive adds that 22 of the fifty main active ingredients used in pesticides in Brazil today have been banned in most other countries. “We are facing a situation of total lack of control [of pesticide use]. The state does not monitor as it should and the legislation for the use of pesticides is not being obeyed.”

Previous studies have linked pesticide exposure to microcephaly and other birth defects.

More Studies Link Microcephaly and Pesticide Use, Not Zika Virus

“Preliminary surveillance data in Colombia suggest that maternal infection with the Zika virus during the third trimester of pregnancy is not linked to structural abnormalities in the fetus.”

The New England Complex Systems Institute notes in “Is Zika the cause of Microcephaly? Status Report June 22, 2016“:

“…there is no direct link between Zika and microcephaly except for random co-occurrence. We note that the base rate of microcephaly in the absence of Zika is 140 per year in Colombia, which is consistent with the approximately 50 microcephaly cases in the first 4 months of 2016, only 4 of which have been connected to Zika. When interpreting Zika as the cause, background cases must be subtracted.

An alternative cause of microcephaly in Brazil could be the pesticide pyriproxyfen, which is cross-reactive with retinoic acid, which causes microcephaly, and is being used in drinking water.”

Maybe it's time to look at the whole situation surrounding the problem, instead of just treating the symptoms?

What have you heard/seen about this situation, and what do you think?

Herbal antibiotics have long been used to fight infections and speed wound healing. Now, they are gaining interest as treatments for bacteria that have become resistant to synthetic antibiotics. Many antibiotic herbs also fight viruses, like colds and flu. This post is based on the book “Herbal Antibiotics” by Stephen Harrod Buhner, and related materials….

In “Common Sense Health: Detox, Diet and Physical Activities“, I’ve shared ideas for things you can do to remove toxins from your life (Detox); strategies for simple, healthy eating (Diet); and physical activities beyond exercise that have been used by holistic practitioners, such as oil pulling and barefoot therapy. No big investment or complicated format,… 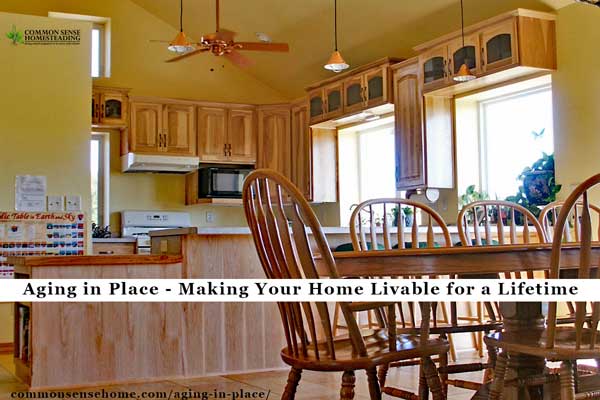 Cough and sore throat remedies don’t have to come from the drugstore – quick and easy relief may be right in your pantry. Sometimes sore throat pain is just caused by winter dry air; sometimes it’s linked to a cold, flu or other virus. Whatever the cause, these home remedies can help relieve throat pain…

How do you go about flavoring kombucha? I add fruit/juice/other flavoring after the initial brewing, when the scoby is removed and the kombucha liquid is placed into bottles or jars. You can also brew with flavored teas, although those that contain essential oils (such as Earl Grey) should be avoided. Many essential oils have anti-bacterial properties… 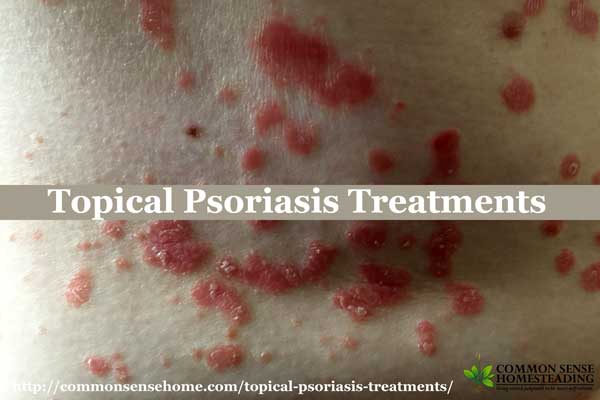 I’m going to talk about topical psoriasis treatments, even though I found that in my case, until I changed my diet, topical treatments were only minimally effective. Even the pricey stuff prescribed by the dermatologist only took the edge off – but it did do that, and that bought me some time to make the…