/ Inspiration / Twas the Night Before Christmas – When the SWAT Team Arrived 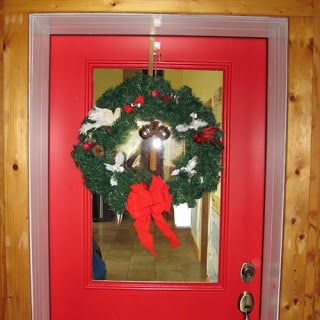 Twas the Night Before Christmas –

When the SWAT Team Arrived

Twas the night before Christmas, and a planned open house
Had been thoroughly ruined by a government louse
The holiday meal, prepared with much care
Was now soaking with bleach, in a bin, by the stair
The farmers were shaken – A raid by the Feds
And visions of jail time danced in their heads
The SWAT team had come, with P90s in hand
And held them at gunpoint, in their home, on their land
And out in the barn, their grain was destroyed
For “saving GMOs” they had tried to avoid
The lawyer from Big Ag had teamed up with Big Gov
To come and destroy everything that they love
The judge aligned with Monsanto had said they’d no right
To drink the milk from their cows they had gathered that night
The computers were taken, the pantry cleaned out
The freezers were emptied, no seeds left to sprout
The agent, she ranted, as she surveyed the farm
“Don’t you know only the government can keep you from harm?”
The accusations, they flew, at that pastoral heaven
“You’ve violated the Codex and Bill S 1867!”
“There’s raw milk, and food storage, and unpasteurized cheese!
Don’t you know that these things will lead to disease?!”
“You have absolutely no right to choose what you eat.
I really don’t care if you raised your own meat.”
“Unless it’s been NAIS tracked and has a USDA label,
We simply can’t allow it on anyone’s table”
In minutes they cleared out a year’s worth of work
Government thugs led by a Big Government jerk
How could this be, when Big Ag could sell wood,
And reprocessed garbage and tell us it’s good?
Constitutional rights, wiped out in a flash
In the name of control, motivated by cash
And a grim warning echoed, on that dark Christmas Eve,
Beware too much government, teamed with cold corporate greed
May you and your loved ones not face this
“Nightmare Before Christmas” this holiday season.

Quail Hollow Farm, who had their Farm-to-table meal raided by a government goon who forced them to destroy the food by pouring bleach all over it, including the meat that wasn’t UDSA labeled.

The Stower Family who had their food club raided (they spent six hours – with their children – held at gunpoint) and their private food stores confiscated – while the owner’s husband was serving active duty in Iraq.

The folks at Rawsome (and other raw milk sellers), who have been repeatedly harassed (sometimes at gunpoint), for selling clean, safe food.

And all people who are fighting for the right to eat real food.

Learn more about wood in the food you eat, the FDA telling consumers that they don’t have the right to choose the foods they eat, foods that are making us sicker and dumber, pesticides in our food (more accurately, pesticides masquerading as food), and how Monsanto has sued farmers for GMO contamination that they tried to avoid.

Learn about NAIS (National Animal Identification System), and how it endangers small farmers.