If we were to believe Hollywood and fairy tales, love is about some woman with long flowing hair being swept off her feet by her Prince Charming. Lately the Hollywood version seems to often skip spiritual love altogether, simply focusing on sex. Our other option is the sitcom version with the hapless, incompetent male being dominated by the wife who does everything. Is it any wonder that half of marriages end in divorce if folks think this is the way “love” is?

I'm lucky enough to be happily married to my best friend, August. We're been together for over 26 years, and been friends for nearly 30, so I believe we're doing something right. In the interest of bringing a little reality to the Valentine hype, I decided to share our story.

Back in 1988 (boy, am I feeling dated), I was a freshman in college at UW Superior. I had a full course load in preparation for finishing my math/physics degree in four years, and was lifting weights like a mad woman. (For a brief time, I entertained thoughts of getting into bodybuilding. I used to love pumping iron.)

One Saturday afternoon, a friend dragged me to an intramural volleyball game. We happened to end up on a team with some upper classmen, including one dark haired guy who didn't say much but seemed nice. When the game was over, I asked the dark haired guy if he would mind picking up my friend and I some wine coolers. (Yes, I was young and foolish and underage.)  He didn't say a word, just gave me a look that said, “Why on earth would you ask me such a thing?”  (I found out later that he we not much of drinker – still isn't – and for some reason was not used to getting odd requests from strange women. Imagine that.)  Not exactly  a “romantic” introduction to the love of your life.

A Promise That Was Kept

As the years passed, we ended up meeting each other again. We both enjoyed RPGs (role playing games) such as Dungeons and Dragons and Shadowrun. (Yes, I am a geek.)  We'd hang out together in Ed's Bar and Cinema (another friend's dorm room that he had converted into a movie lounge) or watching Star Trek in the regular dorm lounge. I asked a mutual friend to tell me more about August, and he said that he (August) was the most generous person he knew, that he would give someone the shirt off his back if they needed it. That sounded like a good recommendation to me.

One night I was in the computer lab, working on a project for Economics class, and I could not get the spreadsheet program to generate the grafts I needed. (This was back in the day of DOS programs and dot matrix printers.)  August was working in the lab as tech support. He helped me figure out the problem, and then walked me back to the dorms when the lab closed (it was around midnight, if I remember correctly).

It was cold and dark that night, and I was overtired and rambling on as we walked between buildings. I asked what I could possibly give him to repay him for his help. He said over people had promised him money, cars, and all sorts of things, but no one had ever delivered. I joked that perhaps I should promise him my first born child, like in Rumpelstiltskin. Years later, we still laugh about how I was the only one who delivered on their promise – literally and figuratively. 😉

Real Friends are There When You Need Them

We finally started dating the summer before my senior year. I was as school acting as young camp counselor and teaching statistics. August was in the area on active duty for the Air Force National Guard.

In late summer, I was helping another friend paint a house next door to some people he knew. After we were done painting, he stepped into their yard to visit. They had a dog that was known biter, so I followed cautiously. The dog let me get just close enough to clamp down on to my arm. No bark, no growl, just lunge and bite. The “friend” dropped me off at the dorms and didn't check back until days later. (Side note:  The dogs owners dismissed the dog's behavior – until it eventually mauled one of their grandkids. If you have a dog that bites, you need to either get it trained or have it put down.)

Anyway, August came to visit after he got off duty, and found me in my room crying with my arm swelling up like a balloon. Even though we were only dating at this point, he insisted on taking me to the ER for proper care and a tetanus shot, get me something to eat, and helped me pay for the visit. Real friends (and real men) are there when you need them.

When the fall semester began, he went back to the Green Bay area to get full time job while I finished my undergraduate work. We saw each other once a month when he would come up for guard duty. He helped me cover expenses my final semester of undergraduate schooling so that I could focus on my course work instead of getting another job when my work study money/other savings ran out. (I worked as a nude art model my junior year – highest paying job on work study, but really cold!)

When I started my graduate studies in Mechanical Engineering down at UW Madison, August left the National Guard and would come to visit me in Madison instead. We logged a lot of phone time that year and a half. Video chat wasn't available back then.

Ear mites in cats are quite common for cats that spend time outside. Since most of our kitties adopted us after living outside or in a barn, they still want outside time. They are also working cats, patrolling the garden and orchards for rodents. There are commercial earmite control products available, or you can get…

We’re kicking off deer fly and mosquito season around here, so I thought I’d take a minute to share some tips for deer fly control to help you keep biting flies away. (See Natural Mosquito Repellents That Work and Natural Tick Control for more on those biting insects.)

Maple sugaring season – the ten day forecast…. sugarmakers are watching, some are heading to the sugarbush to tap. Others are finishing up logging jobs, or busily making “drops”, the two foot piece of tubing with a spout on one end, and a T on the other. The temperature must rise above freezing in the… 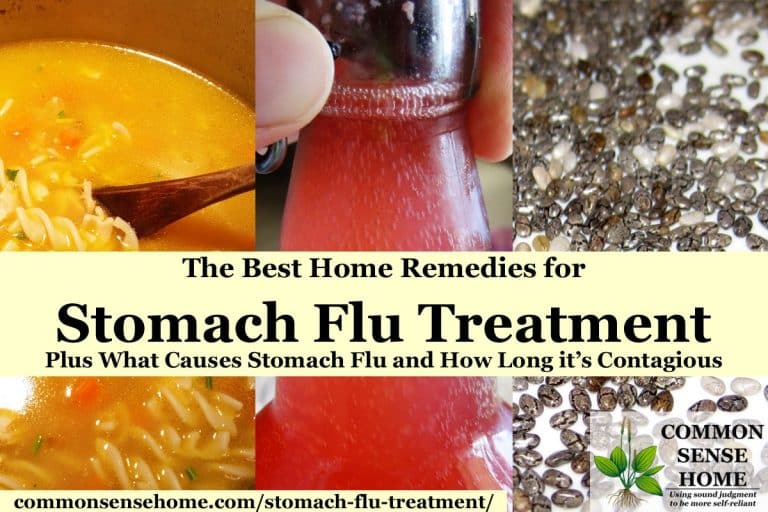 With headlines like “Dreaded ‘stomach flu’ wreaks havoc on families — and it’s only going to get worse”, the stomach flu is giving many families a rocky start to 2017. Stomach flu treatment focuses primarily on dealing with the symptoms while the virus runs its course, although a 2010 study suggests that probiotics taken early…