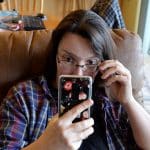 Many people have questions about 5G. What is 5G? Is 5G safe? Will 5G make it easier for me to get hacked? In this article, we'll answer common questions about 5G technology based on the best available current information.

5G is a type of wireless technology. 5G includes a number of next generation cellphone and cellular data transfer technologies. 3G was really the 1st generation, and then 4G built on that. 5G takes most of the wifi and 4G tech and increases its performance 100 to 1000 times.

4G or 4G LTE or 4G WiMax is the current cellphone technology in widespread use throughout world. 4G provides 1mb to 25mb of bandwidth.

1mb is short for 1 megabyte, and is generally an abbreviation for storage of data. 1mb is about equal to a paperback full of text (1 million characters including spaces). Data links are measured in mb/sec or megabytes per second. Some reports will show 1mbps which is one mega BIT per second. It is 8x less than a 1MB link. Overall think 8mbps = 1MB or 1 mile per hour and 800mbps = 100MB or 100 miles per hour.

Will 5G cellphones be safe?

Unless the FCC permits a higher wattage or there is some unknown specific frequency that impacts humans, yes, it will be as safe as 2G, 3G and 4G phones. Even up close, the radiation (which can be measured by the wattage) is not high enough to cause problems. (See below for radiation comparison.)

Aren't some frequencies more dangerous than others?

Arguably, yes. The strength or power of the frequency is what can create risk. A low wattage signal is always less risky than a high wattage signal.

Why do some frequencies go through walls and buildings better?

This is a physics and engineering question, but I will summarize the answer. Each cellphone service uses a frequency and some frequencies have a shorter or longer wavelength.

An example is simple 2.4ghz WiFi. It reflects off glass but will mostly go through drywall and other materials. The power of the signal drops off because it broadcasts out in all directions. The frequency (wavelength) of the signal and its power determine how much damage it can do. Even 3 feet (or a meter) away dramatically reduces the power you are exposed to, and that decreases more and more as you get farther away.

How far away from a 5G transmitter is safe enough?

A cellphone radio tower has more wattage, but a TV, FM or AM radio tower has even more wattage. Don't go inside the fence around a radio tower. With the proposed smaller micro cells for 5G, the wattage will be lower but there will be many more radios. It is likely these will be on telephone poles or small masts on roofs or sides of buildings. Unless you are touching the smaller 5G devices for extended periods while they are operating – there will be very little risk. A cell phone tower has more wattage, but they also tend to be up in the air and have fences around the base. Don't go inside the fence.

How far away from a 5G phone is safe enough?

A cellphone has very low wattage. In general the wattage of a cellphone is so low it allows you to hold it (and the signal radiates out the back side of the phone away from you). There is very little risk from a cellphone. Even with the lack of risk, we don't recommend keeping your cellphone in your pants or bra. (See editor's note at end of post.)

Could prolonged exposure cause problems?

We have had smart cellphones since 2007. There  are over a 4 billion in use. There are no widespread reports of directly attributable medical conditions. I can say so far, no, there are no clear risks to using a 4G cellphone. If cellphones increased brain cancer even by 1% there would be an increase of 40 million cases, which we are not seeing. Unless there is some unknown impact, 5G will be the same.

Can I absolutely tell you that cellphones, WiFi, TV and other signals will never hurt us?

No, I cannot ever promise 100% safety – no one can. But, the observed facts are overwhelming and indicate cellphones are safe. There are numerous agencies and not-for-profits throughout the world funding research to confirm the safety of RF (radio frequency) exposure, and none have found a problem yet.

The nature of science is that you can only prove something false though, so NO ONE can absolutely guarantee the safety of all transmitted energy even at low wattage. We have not found any obvious risk in 10+ years with over a 4 billion live test subjects. The following are excerpts from various studies. If we ever find one that shows risk we will list it here.

Are there any real risks?

Yes, here is a list of the known risks of 4G cellphones – which will very likely apply to 5G cellphone technology.

How is 5G different?

5G will very likely have 3 levels or “ranges” of service. Wide ranging for rural areas, community and local. Rural towers will cover thousands of feet to miles from a tower. Community is approximately 3000 feet (1000 meters) from the mini tower or micro tower, and the highest speed would be within 300 feet (100 meters) of the micro cell. There will be many more towers, mini towers, micro towers and micro cells. The increased number of towers COULD increase risk, but the wattage is the most important measure.

Will it be dangerous to be in a building with a micro tower or micro-cell in or on it?

Not likely. Again unless the wattage is increased the energy will not be enough to cause harm.

Will cellphones using 5G be faster?

The simple answer is it appears that cellular wattage levels are safe. Over 4 billion people are using cellphones and there is no obvious immediate risk to people, other than the phones exploding if the batteries are bad.

Any technology has a risk of being used for spying or theft. The main challenge with 4G and now 5G is that it is used more. More users means more attempts at attacking and more “temptation”. So in a nutshell ALL popular technology is a target. The entire internet is a target. So the bad news is anything we use is risky from a cyber security risk. See Internet Security – 12 Steps to Avoid Computer Viruses and Identity Theft for more information on internet security.

There are a number of proposals for low flying satellites to provide internet access across the globe. This has been associated with 5G but its not the same. The wattage involved is very low by the time the signal reaches the ground. Most likely this will require a dish to send and receive. The FCC approved 20 low-Earth orbit satellites using the Ka (20/30 GHz) and Ku (11/14 GHz) frequency bands. For more info see “Low-latency satellite broadband gets approval to serve US residents“.

Comparisons of Radiation from Various Sources

Radiation is around us every day. The sun creates it, microwave ovens create it, even human bodies create it. But there are also an increasing number of man made sources of radiation in the form of radio, cellphone, TV, WiFi and other transmitted or broadcast energy. Is man made radiation safe? It depends on the amount of energy you are exposed to.

Smartphone Power: Cellphones and other devices use various RF (Radio Frequency) channels or specific groups of frequencies. The power is measured in wattage, generally mw, or miliwatts. In the USA the use of radio frequencies is managed by the Federal Communication Commission (FCC). All broadcast wattage is managed and confirmed by the FCC. Here are a couple of links if you want to see maximum transmit wattage:

Isn't all Radiation Dangerous?  There are naturally radioactive materials all around us. A clay pot gives off radiation and plants will not survive with radiated energy from the sun. There are also an increasing number of man made sources of radiation in the form of radio, cellphone, TV, WiFi and other transmitted or broadcast energy.

The documentary “Pandora's Promise” contains an interesting comparison of background radiation levels around the globe.

The sun is the largest source of radiation. The energy hitting you when you are laying out in the sun is 500,000 to 3 million times more powerful than any common cellphone or WiFi signal. If you are REALLY close to a WiFi transmitter or Cellular transmitter it might only be 500,000 times more.

Are the rules the same everywhere for acceptable exposure? No. Each County has its own rules and even different frequencies for the same named technology. Here is the max power (wattage) for transmission by country .

If you have questions, other references or updates to improve this post please leave a comment below.

Editor's note: There are a LOT of alternative health sites that are up in arms about all wifi and EMF exposure. Our youngest son (who works with energy healing) says that his hand feels uncomfortable if he holds an active cellphone too long. We're not seeing a clear correlation between exposure and illness at this time – but I still don't carry my cellphone directly on my body. August uses a bluetooth headset connected to his cellphone, so he doesn't have the phone directly against his head for long periods of time, either. We don't keep the cellphones in our bedroom at night. The tech is still relatively young in the grand scheme of things, and some individuals may be more sensitive than others.

This post was written by August Neverman IV. August is the Chief Information Officer and Information Security Officer of Brown County. He's served on several emergency preparedness teams during his tenure at a local hospital, as well as undergoing emergency response training during his time with the Air National Guard. He and his wife, Laurie, live with their two sons in a Green Built, Energy Star certified home with a permaculture twist.

Some other articles by August Neverman: